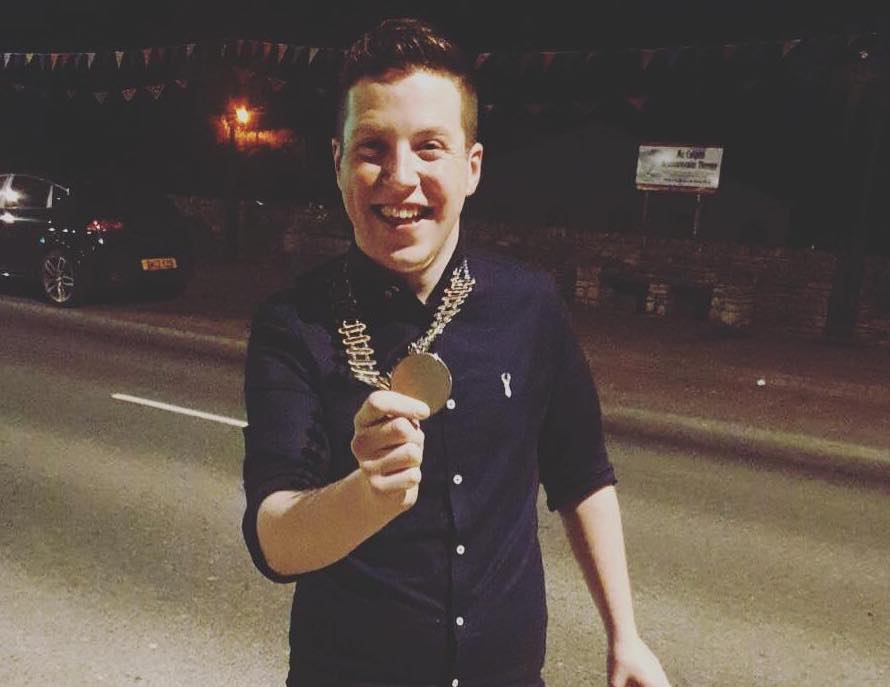 My Donegal – with new Mayor of Muff Cathal Doherty

Cathal Doherty is a well-known resident from Inishowen who was recently elected as the new Mayor of Muff at the Muff annual festival after raising the most money for charity, this is Cathal’s ‘My Donegal.’

1) Where is your favourite place in Donegal and why?

Inishowen Head. The walk has stunning views of the Atlantic and Magilligan across the water.

Muff, it’s the place I was born and raised. The village is the kind of place where everyone knows everyone, which is great. The views over the Foyle are amazing aswell.

(3) Who is the one person in Donegal that you look up to and why?

Jim McGuinness, he brought home the Sam Maguire in 2012 and shut down the county for a month. Who doesn’t look up to him?
(4) What do you think is Donegal’s best tourist attraction?

Malin Head definitely, since Star Wars was filmed there it has brought in a lot of tourists. Malin Head being Ireland’s most northerly point also helps.

(5) Do you prefer Donegal summers or Donegal winters?

(6) What would you do on your ideal day out in Donegal?

A long road trip around the county, making stops at Fanad and other places in west Donegal. The views in this county are amazing.

Hard to beat a cold bottle of Football Special.

(8) Who is your favourite Donegal sportsperson of all time?

(9) What is your favourite Donegal restaurant?

(10) What is your favourite Donegal saying or expression?

Saying ‘hi’ after every sentence, hi.

(11) What is the biggest challenge facing the people of Donegal today?

Transport. The county is so disconnected from the rest of the country. I feel we should have better public transport. Something needs to be done about this.

(12) What is your favourite Donegal food?

Nothing better than new spuds from Hugh McCarron.

(13) Is there anything that really annoys you about Donegal or its people?

There’s nothing I can think of, to be honest.

(14) Do you have a favourite local band?

The High Flying Paddy’s, hard to beat the Sunday sesh.

(15) If you had a million euro to improve something in Donegal what would it be?

Daniel O’Donnell all the way.

(17) Is there anything about Donegal that you are very proud of?

The county has a lot of history behind it, from it being a viking settlement to its part in the wars. The people are sound aswell.