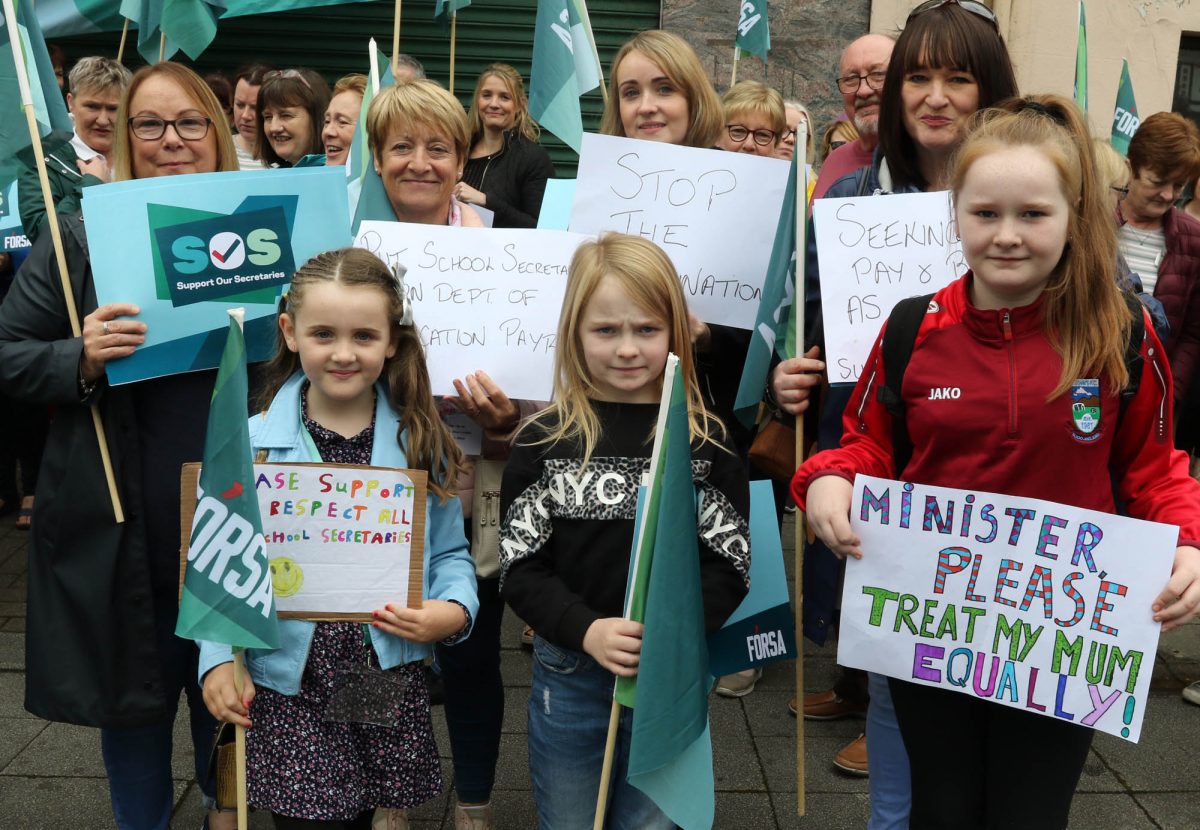 Department of Education urged to engage with school secretaries in Donegal

The Department of Education has been urged to engage with school secretaries in County Donegal.

Deputy McConalogue has made the call as school secretaries in the county and nationwide announced that they would embark on a campaign of industrial action from September 20th.

Deputy McConalogue said: “This situation has been allowed to develop because the department have stood by despite repeated calls from Fianna Fáil to engage with and support school secretaries.

“90% of school secretaries are paid for out of school funding and do not have the same safeguards in place as the 10% employed directly by the Department.

“They are often at a great disadvantage when it comes to sick leave, the certainty of hours or pay increases. I know of some school secretaries who have spent the summer months in receipt of social welfare payments.

“This is not the way that we should be treating vital education staff. Particularly when other people, doing the very same job, have vastly improved conditions.

“The Department of Education is dragging its feet when it comes to a resolution to this issue. In fact, the Workplace Relations Commission has mandated that talks would take place this year between the Government and the Unions.

“The Minister must ensure that these negotiations take place immediately, ahead of any planned industrial action, and that the Department engages meaningfully with a view to addressing the genuine concerns of school secretaries across Donegal.

“The Minister claimed he recognised this as a matter for concern in the past, he now needs to use his position to secure the future of the 90% of school secretaries who deserve recognition for the vital work they do”, concluded Deputy McConalogue.

Department of Education urged to engage with school secretaries in Donegal was last modified: September 9th, 2019 by Stephen Maguire
FacebookTweetLinkedInPrint