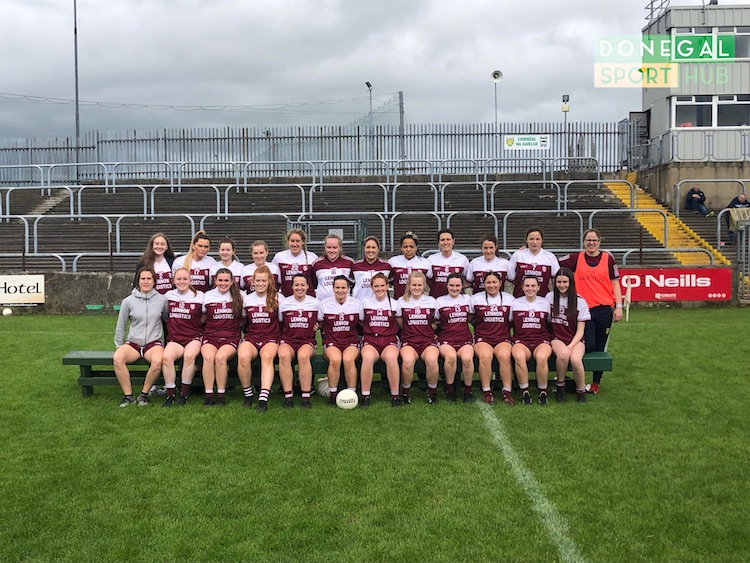 Listen: Four-year wait ‘too long’ for Sean O’Donnell and Termon

The Burn Road side – led by the majestic Geraldine McLaughlin – defeated Glenfin in yesterday’s final to reclaim the crown for the first time since 2015.

“With the calibre of players that we have there, it’s far too long,” O’Donnell told Donegal Daily/Donegal Sport Hub.

“The talent is still there – and that showed out there.

“If you look at our team from the past to the team now, we’ve lost a lot of big hitters. We’re in transition at the minute. The young girls are coming on. There are 10 or 12 away from the All-Ireland team.”

McLaughlin scored 4-5 of the Termon tally in a five-star display.

Termon needed to draw on every inch of her class after Katy Herron’s goal tipped the scales in Glenfin’s favour.

O’Donnell said: “When that goal went in, I ran into Geraldine and said: ‘Just make two more runs at them’.

“She ran through them with four hanging off her and put it into the net. That’s the kind of girl she is; she just wants to win.

“She got a wild belt in the second half and a lot of other girls would cry off. If Geraldine broke her leg, she’d plough on!”