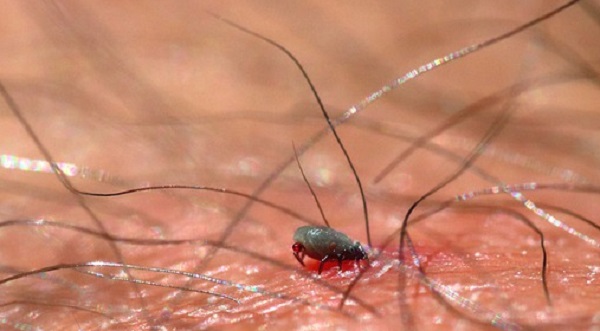 A leading consultant in Lyme disease has found that a high number of patients are coming from one particular area of Donegal.

Dr Jack Lambert, head of the Lyme disease resource centre at the Mater Hospital, says that he has 20 patients who are from Malin Head and the Inishowen peninsula suffering from the debilitating condition.

“There is an area up there and there must be a reservoir of animals who are carrying ticks and those ticks are carrying lyme,” Professor Lambert told Donegal Daily.

The research centre also found thousands of ticks near a children’s playground during a study at one Donegal location.

Dr Lambert said that Lyme disease sufferers face a ‘huge injustice’ when they try to get a diagnosis in Ireland.

“Every person I’ve seen from Donegal with a negative test, who had symptoms of Lyme, they have gone to GP and consultants and have been basically ridiculed or laughed at. Their condition is minimised and they are told it is psychiatric since all the tests are normal,” he said.

The condition is often misdiagnosed as chronic fatigue syndrome, Dr Lambert said, while others are denied treatment due to having unaccredited tests abroad.

Dr Lambert said that Irish tests are 50% sensitive and miss other strains of Lyme disease, as well as co-infections. Those who can afford it go to Germany for tests, however, when they bring positive diagnoses back to Irish consultants or GPs the results are not considered because they are not from an accredited Irish lab.

Dr Lambert said the prevalence of Lyme Disease in Ireland is being “downplayed tremendously.”

The HSE estimates there are about 100 cases a year.

“The reality is a tick is the size of a sesame seed. If you get a tick on the back of your neck or anywhere else, you’d miss it. You don’t get a rash, half the time it’s less than 50% get a rash. You just get flu with pains all over, and if you’re lucky you might get a rash.”

He also highlighted that not every tick carries Lyme, but the figure lies at around 6-10%.

Donegal County Councillor John O’Donnell has tabled a motion with the Letterkenny-Milford District this Tuesday to have signs erected on all local national parks and woodlands to alert the public to the dangers of contracting Lyme disease from ticks.

Dr Lambert said this move would be a step in the right direction for awareness in Donegal.

“It’s a start, people have been saying we can’t do that because it will be bad for tourism. How about bad for patients’ health? There has to be an awareness that there are ticks. It’s a good step.”

“We need signage, studies and better research and better acceptance from the government that people are not making up their illnesses.”