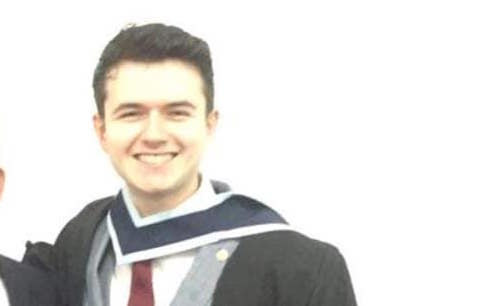 An aspiring young film-maker from Letterkenny has been invited to screen his graduation film at a prestigious film festival in the US.

Andrew Scally, a student at Trinity College in Dublin, has been selected and invited for the screening of his film “Beautiful Youth” at the annual Austin Film Festival Texas next month.

Andrew, a son of well known GP, Dr Dara Scally, has shown his creative flair from a young age.

He is now doing a Masters in Film after spending a period with Virgin Media.

The unassuming 23-year-old Letterkenny man is a past student of the National Film School, Dun Laoghaire.

The Austin Film Festival runs from October 24-31 and is one of the biggest in the film industry and furthers the art and craft of filmmaking by championing the work of screenwriters, filmmakers and all artists who use the language of film to tell a story.

The Film Festival & Conference was the first event of its kind to take the lead in bringing professional and amateur screenwriters (and now filmmakers) together to celebrate the role of the screenplay in filmmaking and discuss the considerable creative possibilities of writing for film and television.

Equally important, the Conference brought producers, agents and screenwriters together to foster the sale of screenplays and launch long-term successful careers.

Andrew, a past pupil of Colaiste Ailigh, Letterkenny, first displayed his flair and interest in film/digital at the age of 12 when he used to regularly call to electrical/digital stores for connections and gadgets to make his own computer.