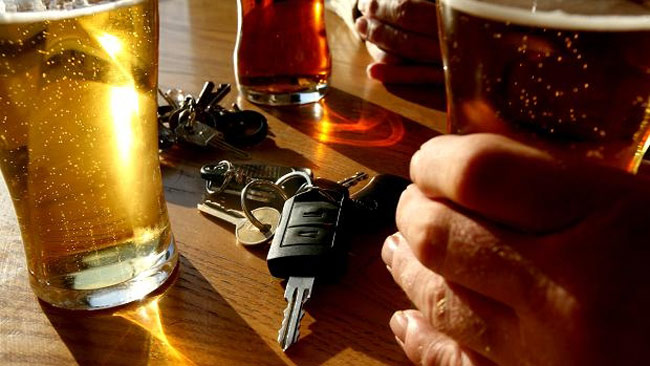 A quantity surveyor downed five drinks before fleeing from Gardai and crashing into a car with five young women in it.

The court heard O’Reilly, who didn’t even like rallying, had been attending the Donegal International Rally with friends on June 17th last year.

The 25-year-old was spotted by Gardai driving his Seat Leon leaving Ballyraine in Letterkenny just after midnight.

They followed the car and O’Reilly decided to try and escape.

He overtook vehicles at speed, went the wrong way around two roundabouts before colliding head-on with another car on the wrong side of the road.

The car, which contained five young ladies, was damaged and at least one of the woman was injured.

The charge read that O’Reilly “drove his vehicle at high speed in an aggressive and dangerous manner, overtook vehicles on approach to roundabout, entering roundabout against the flow of traffic and colliding head-on into an oncoming vehicle.”

O’Reilly, with an address at Darkley Road in Co Armagh, but who now lives in Monaghan, fled from his car.

He tried to escape on foot but Garda Michael Kilcoyne gave chase and eventually caught him and arrested him.

O’Reilly failed to provide a specimen of breath when arrested and taken to Letterkenny Garda station.

Solicitor for the accused, Mr Frank Dorrian, said his client was a senior quantity surveyor who came from a very respectable family and had ben accompanied to court by his mother.

Mr Dorrian said his mother was not an apologist for her son but said he was the eldest of a family of four and that none of the other siblings had been in trouble.

However, he warned “It is clearly a matter which suggests a sentence be given under the circumstances.

“However, I note the plea and the fact that he has no previous convictions. I will fully explore all the options but I will not limit myself to those options.”

He adjourned the case until December 9th.