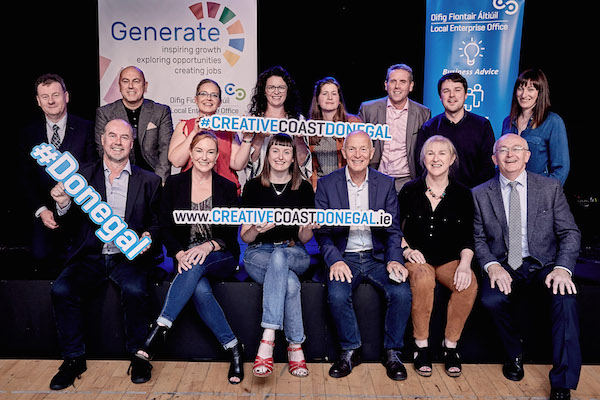 The vision for the new creative strategy for Donegal is to build a strong creative and digital economy with robust, confident, financially viable and collaboration-friendly businesses, guests were told at the official launch.

Head of Enterprise, Michael Tunney, who explained some of the key elements of the plan to invited guests, said the vision also was that these creative businesses would impact positively on the local economy in terms of job creation, as well as being pro-active and competitive on an international stage.

The Generate Programme was a pilot initiative from the Local Enterprise that saw Creative Industries Specialist David Parrish, engage on a one to one basis with businesses in the county over the past two and a half years. 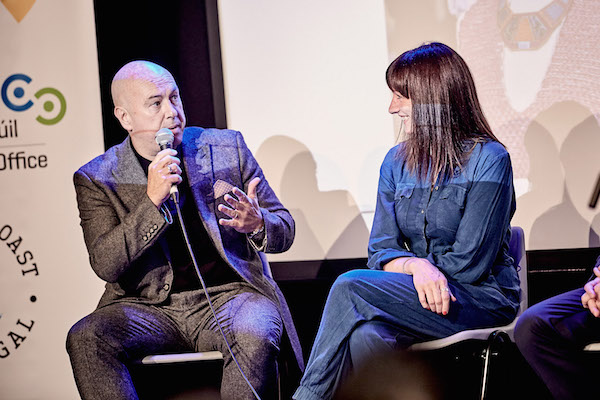 Stephen Maguire from Donegal Daily and Eileen Rafferty of The Bothy creative retreat for film makers, talking about their experiences of the Generate Programme at last week’s launch in the RCC.

“It was different from anything we had done before and from the outset a key element of the programme was to have 15 jobs at the end,” Mr. Tunney explained.

He added that he was delighted to announce that, not only had that target been exceeded, that there was a potential for more jobs from the businesses soon.

That was confirmed on the night by David Parrish who told the audience he had been very impressed by the creative talent he had witnessed in the county when he had first visited, adding he was delighted to have had the opportunity to work with so many businesses over the past two years.

“I think the Local Enterprise Office deserves great praise for having the initiative to run such an innovative pilot programme. Of course, I was always very aware of the target of 15 jobs so I am delighted to report that we have managed 17 with a further 12 in the pipeline, which is a great return for those businesses.”

A large number of the Generate businesses were present on the night among the large cohort of creative industries and the launch event included some fantastic business insights from Eileen Rafferty of The Bothy, Jessica Peoples from Zona Dance Studio, Paul McMahon of The Rusted Pixel and Stephen Maguire from Donegal Daily.

“A plan like this provides a structure and it is now about engagement. Whoever engages most will benefit most,” he suggested. 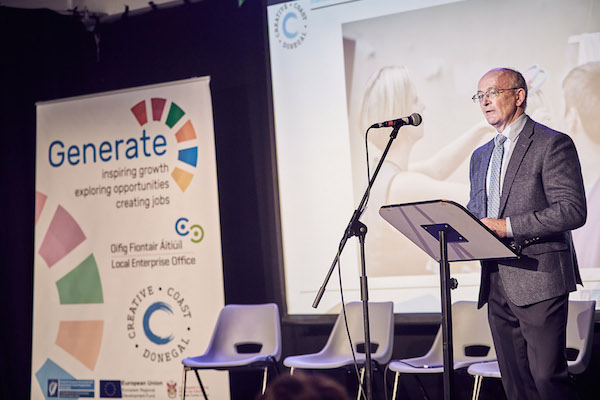 Head of Enterprise in Donegal, Michael Tunney, speaking about the Generate Programme to invited guests at the launch of the new Creative Strategy for Donegal in the Regional Cultural Centre last week.

The Head of Enterprise, Michael Tunney said the plan outlines outlining aspirations for longer-term development and the focus of the Local Enterprise Office and other stakeholders will be to continue to work with the sector to develop viable businesses and to maximise new opportunities.

One such opportunity is a forthcoming Building Craft and Design Enterprise Programme programme with Design and Craft Council of Ireland. Ambitious creative enterprises interested in submitting an expression of interest in the programme, are asked to download the application form from the Local Enterprise Office website. 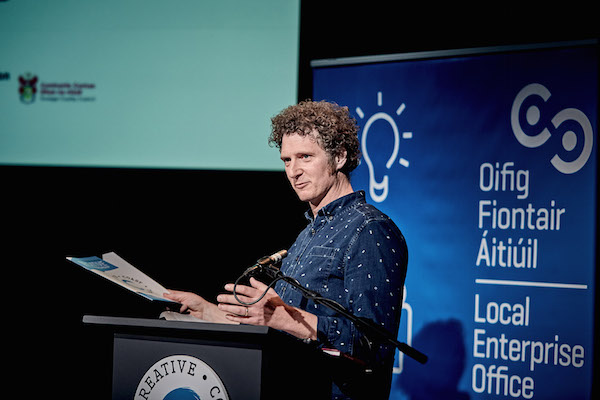