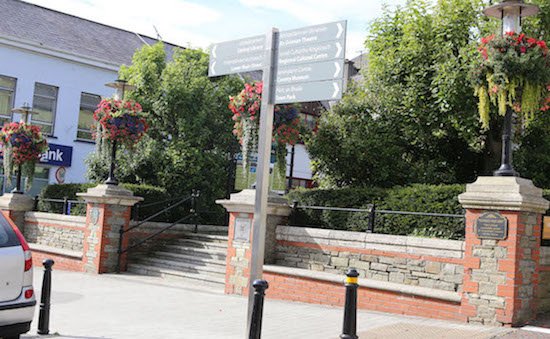 The Market Square of Letterkenny is set to get a makeover to make it a more inviting space for people to meet in the town centre.

The public will be asked for their thoughts on how the square should be redesigned and what function it will serve.

The Letterkenny Chamber has initiated a design competition for the space and the project is being assisted by the local council.

Whether it becomes a working market again, a culture space, or a car park, will depend on the public consultations.

Local Councillors Gerry McMonagle and Michael McBride both raised the issue with the Letterkenny-Milford Municipal District on Tuesday.

Cllr McMonagle said that the Market Square has become a major talking point among locals, while a lot of anti-social behaviour has been happening in the area recently.

He suggested that a public consultation will give everyone an opportunity to have their say on the design.

Cllr Michael McBride added that during his election canvassing he “didn’t meet one person who said they liked the Letterkenny Market Square and wanted it to say the same.

“It’s totally the wrong design for the place it’s in,” Cllr McBride said.

“Let’s open it up to make it an inviting space where people want to meet in Letterkenny.”

He added that there is an onus on councillors to extended their focus to the restoration of the entire Lower Main Street area in the new term.

Cllr Kevin Bradley had also called on the council to install public toilets on the Main Street in Letterkenny. It was suggested that toilets could be placed in a concealed area of the redesigned Market Square.