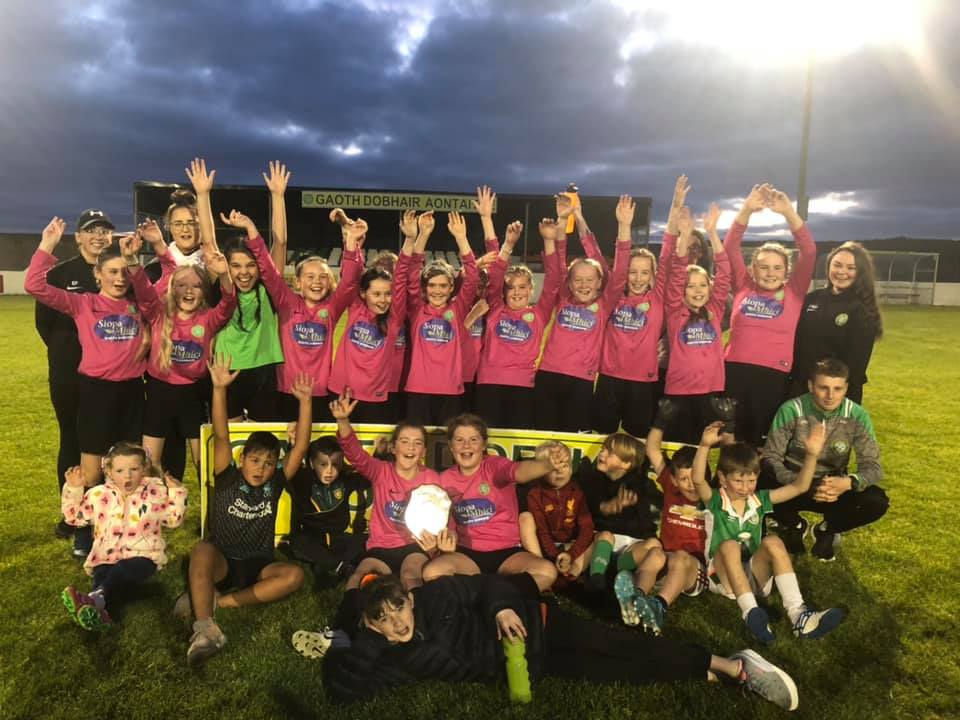 Gweedore United dominated with first half with goals from Marianne Ward, Aoibhinn Cassidy, Aine Ferry and Clara Sweeney as they soared to a win over Raphoe Town in the U12 Port Bingo Shield.

Tianna Hannigan tested the Gweedore ‘keeper Roisin Cassidy, who was on fine form all evening.

Raphoe came out with a fighting spirit in the second half and Cara Eton started to get more into the game.

Alicia McCullagh had a good chance for Raphoe and Brianna Ferry for Gweedore.

Niamh Toye made a great run from centre defence and send Cliodhna Kelly through, but it wasn’t to be.

Fia Coyle and Marianne Ward wrapped up the scoring for Gweedore United.