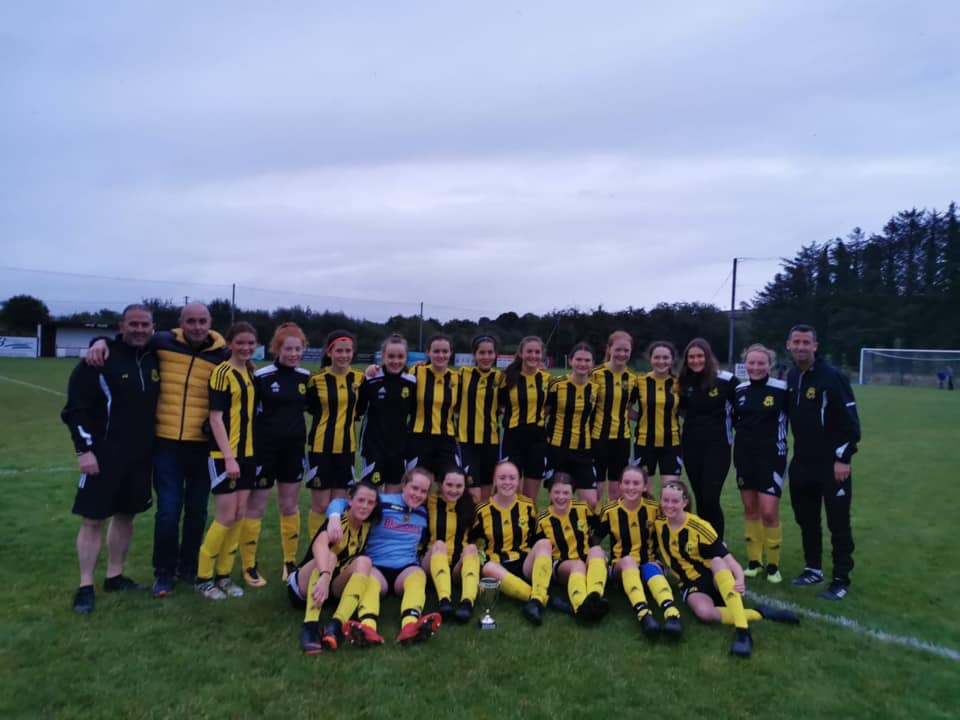 A JODIE McFadden penalty was all that was needed for Illistrin to win the Donegal Women’s League U16 Dessie Kelly Cup.

Illistrin started brightest with Jodie McFadden sent though by a great ball by Maria Kealy after five minutes s, but Meabh Duffy in the Mulroy goal was in great form all night.

Sarah McGinley should have put Illistrin after a shot by Aisling Coll was deflected to Sarah’s feet but Aoife Sweeney clear the ball off the line.

As the game progressed Megan McLoughlin got more into the game and drove forward from midfield but Orla Corry was equal to the challenge with a good save.

Clodagh Heron also had a good effort but just went wide of the post.

Erika Gallagher and another from Jodie McFadden tested Meabh once again.

Mulroy’s defence was equal to the challenge of the Illistrin attack.

However, on the hour mark Jodie McFadden was taken down in the box and converted the penalty herself which was the only goal in the game.