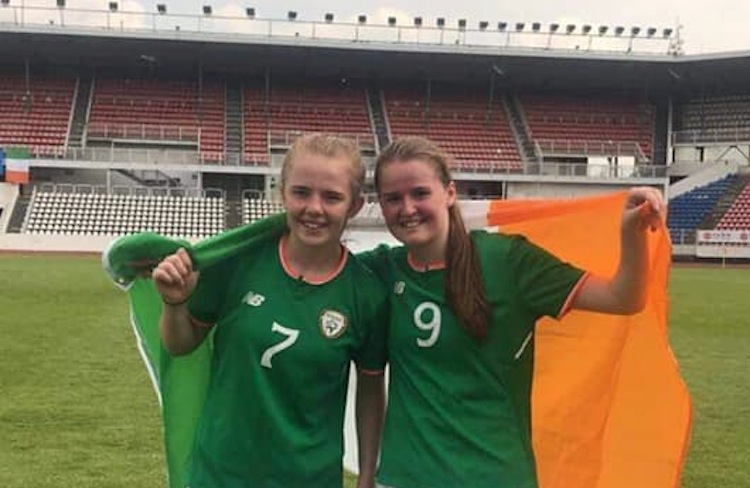 McLaughlin, Brown on fire for Irish U17s in Lithuania

McLaughlin hit a hat-trick in the first half while Brown scored twice as the Girls in Green raced into a 5-0 lead by half-time.

McLaughlin opened the scoring on 12 minutes with a tidy finish before Swion Swifts’ Brown cut in from the right to fire past Antigona Hyska.

McLaughlin smashed in a second before Greencastle native Brown rounded Hyska for another Irish goal.

Just a minute later, McLaughlin – who plays with Culdaff in the North West Women’s Super League – completed her hat-trick.

The Irish side will now face Lithuania on Friday and Greece on Monday.