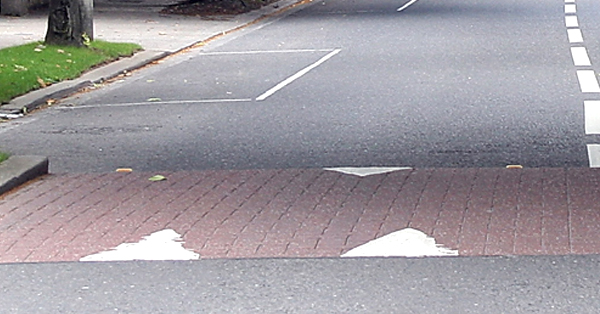 Councillors of the Letterkenny-Milford district are to hold a special workshop on traffic calming measures after a number of concerns were raised about dangerous speeding.

Problem areas for speeding have been identified at Lisnennan and Windyhall in Letterkenny, near the Kilmacrennan town hall and on Manorcunningham Main Street.

Local councillors raised motions at the monthly MD meeting on Tuesday to request ramps and traffic calming measures in the separate areas.

However, the responses they received from the Roads Department led to questions being raised on the suitability of certain measures.

It is the council’s policy not to install speed ramps on regional roads or on steep gradients, and they are only installed on urban roads as a last measure due to potential hazards.

In Manor Village, Cllr Gerry McMonagle asked if council would place ramps outside McElhinneys shop in the interest of pedestrian safety. Cllr Kevin Bradley also requested two pedestrian crossings at the football field and at the doctor’s surgery.

The councillors were advised by the council that speed and pedestrian surveys in Manor showed that traffic measures were not warranted. Cllr McMonagle commented that the tests were carried out at a section of road where vehicles are slowing down and asked for them to be retaken by engineers with the Letterkenny-Milford Municipal District.

Mayor John O’Donnell asked for confirmation on whether the Letterkenny-Milford district operates under the same guidelines and criteria as the Inishowen district, where new ramps have been effective in areas such as Newtowncunningham.

A workshop on the matter will take place at the end of September.