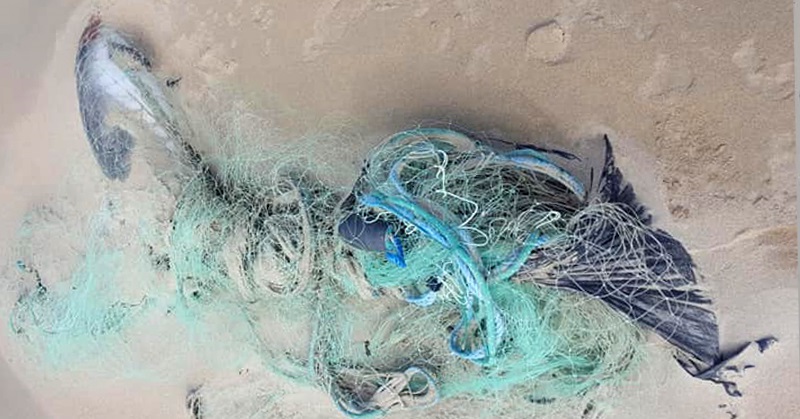 Beachgoers at Marble Hill in North Donegal were faced with grim scenes today after a dead porpoise washed up on the beach.

The small whale was discovered tangled in ‘ghost’ fishing gear on Tuesday night.

Harbour porpoises are commonly seen around the Donegal coast. However, lost or discarded fishing materials in the sea can be a deadly trap for the marine creatures.

Porpoise washed up on Marble Hill Beach. Photo via Seas The Bay

James Kenny from Seas The Bay fishing tours came across the carcass on Wednesday morning. He said that the creature is likely to have drowned.

James said: “Porpoises need to go up to the surface to breathe, so it probably drowned after getting caught in the gear.

“There is a family that hangs about in this area. They are just some of the wildlife we see regularly out on our tours.

“It was so sad to see this one trapped and washed up today.”