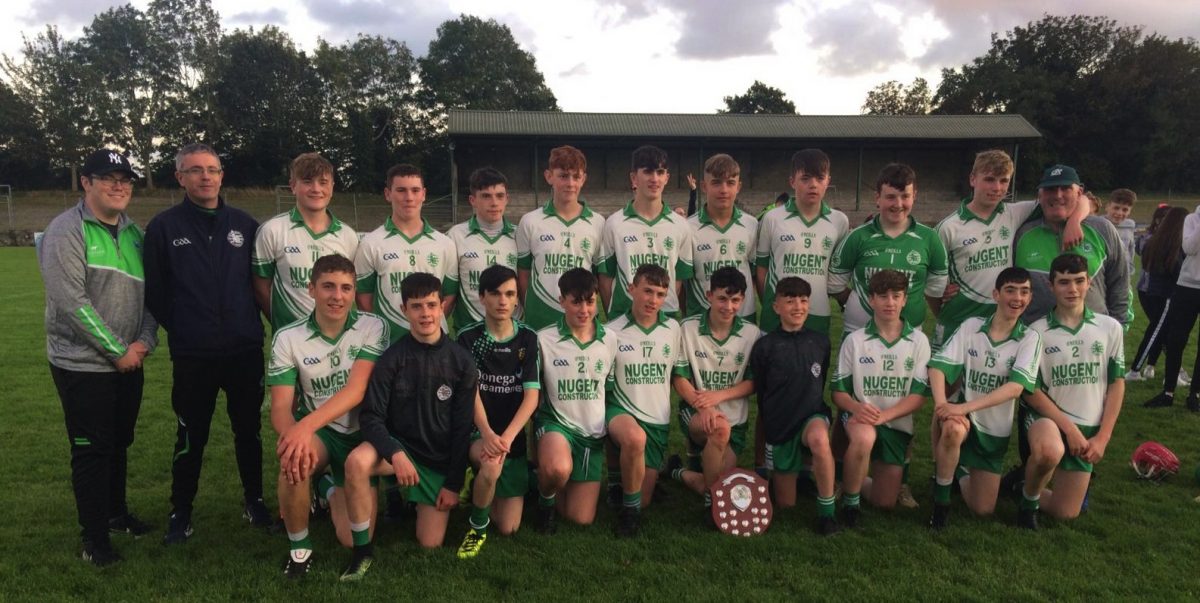 THE U16 A Hurling final took place last evening in Father Tierney Park with Aodh Ruadh coming out on top.

Two evenly matched teams who finished first and second in the League were ready to battle for the county title.

Aodh Ruadh pegged a few scores back to level it at 4-4 and it was score for score until St Eunans lost a hurler for a second bookable offence.

The Ernesiders went two ahead before the break.

The second half saw St Eunans a man down, but they pegged the game back to level it.

Then a few Danny Breen frees and an Aaron Cullen goal put Aodh Ruadh ahead.

St Eunans plugged away but tired as the second half went on.

It was the Erne side’s night and Tom Daly presented Conor Foy the captain of Aodh Ruadh with the League trophy.

Danny Breen chipped in with eight points, Aaron Cullen 1-2 and a brilliant display by St Eunans Peter Kelly from placed ball and frees kept the scoreboard ticking over.