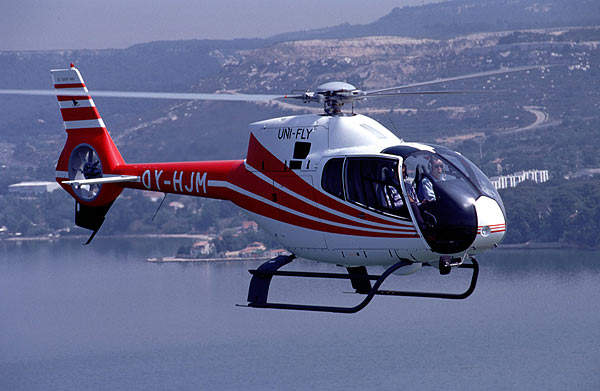 Helicopter on way to Donegal crashed as pilot has lucky escape

A helicopter undertaking a flight to Donegal crashed upon take-off with the pilot managing to steer the chopper away from dangerous fuel tanks.

The Eurocopter Hummingbird chopper was due to leave its base in Co Fermanagh on June 25th last.

However, the pilot cheated injury when the helicopter crashed on its side as it left the ground.

Details of the lucky escape have been published in a report released by the Air Accident Investigation Branch.

The chopper was due to leave St Angelo Airport in Enniskillen before flying north towards Frosses in Co Donegal.

However, the chopper was downed on lift-off and sustained damage to its skid gear, rotor blades, head, tailboom and horizontal stabiliser.

Debris from the chopper was scattered over a wide area following the crash, according to the report.

It also reveals how the pilot escaped uninjured.

“The helicopter was parked on the apron adjacent to the fuel installation where it had just been refuelled to full tanks.

“Having completed all the pre-start checks from the checklist and carried out a normal start, the pilot performed the pre-takeoff checks and raised the collective pitch lever. He led with right yaw pedal but, as the helicopter became light on the skids, it started to yaw to the left.

“The helicopter rolled about the left skid and the main rotor contacted the ground and debris was scattered over a wide area.

“The helicopter continued to yaw through another 90° about the tail before rolling onto its right side.

“The pilot shut off the fuel before applying the rotor brake and was able to leave the helicopter unassisted through the left door. The airport Rescue and Fire Fighting Service attended the scene immediately and applied a foam blanket to the wreckage,” the report form the AAIB adds.