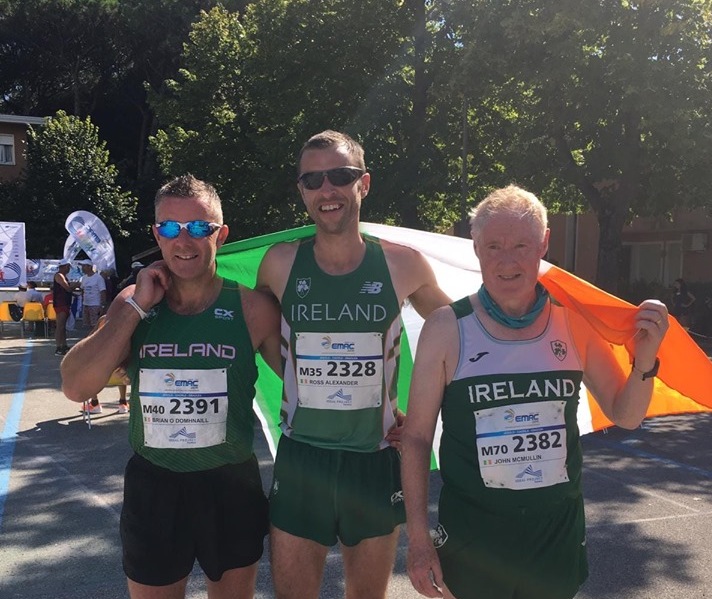 BRIAN Ó Domhnaill led the Irish team to a team gold in the 20k walk at the European Masters Athletics Championships in Vienna.

Ó Domhnaill, in the M40 category, finished sixth overall in one hour, 48 minutes and 52 seconds.

The Finn Valley AC man pushed hard, but couldn’t narrow the margins on Italians Igor Sapunov and Francesco Scafuro in front of him.

On Thursday, Ó Domhnaill set a new Irish Masters record in the 10k, helping Ireland to a bronze medal.

Today, he was joined on the team by another Donegal man, Sean McMullin, now living in Mullingar, and also by Ross Alexander.

In searing temperatures, with the mercury touching 30 degrees, Ó Domhnaill ensured that Ireland topped the pile.