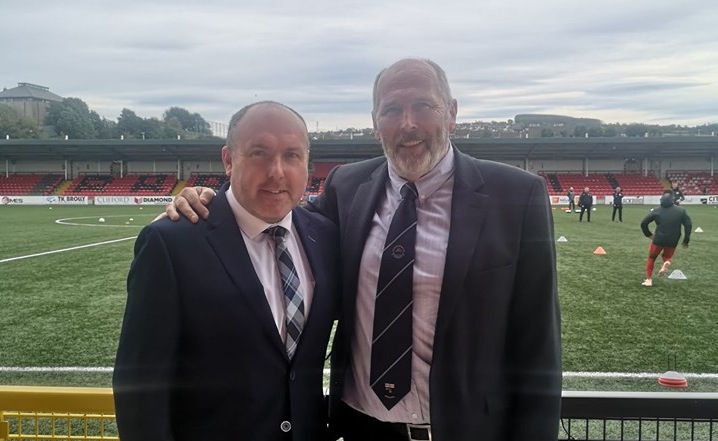 SEAN CONNOR has been appointed as the new manager of Institute FC, the Irish League Premier Division club has announced.

Connor, who lives in Killybegs, takes over at Institute, who saw John Quigg vacate his role on the eve of the new season.

Sean Friars and Paul McLaughlin have been in interim charge, but now Connor – who was Sligo Rovers manager when Seamus Coleman joined the club in 2008 – has taken over.

“As neither of these coaches could currently meet the criteria required for the IFA regulations, it was always necessary for the club to seek a new manager, and we are very pleased to get somebody of the calibre of Sean Connor with his wide range of experience and successful managerial background in the Airtricity League of Ireland,” Institute said in a statement.

“The board see this as a start of a new era in the continuing development of the club, and our objective to make Institute Football Club a permanent fixture in the Danske Bank Premiership.

“We hope that the fans and players will welcome Sean to the club and get behind him wholeheartedly moving forward.”

Connor, a 52-year-old Belfast native has previously managed Sligo Rovers, Bohemians, Dundalk and Galway United. He had unsuccessful spells as manager of CAPS United in Zimbabwe and Black Leopards in South Africa.

Connor said: “I am delighted with the opportunity to progress the club on the field as it seems to be progressing off.

“Having spent the last number of years in the academic field, my desire, ambition and determination to get back at the cold face of management has been totally reinvigorated”.