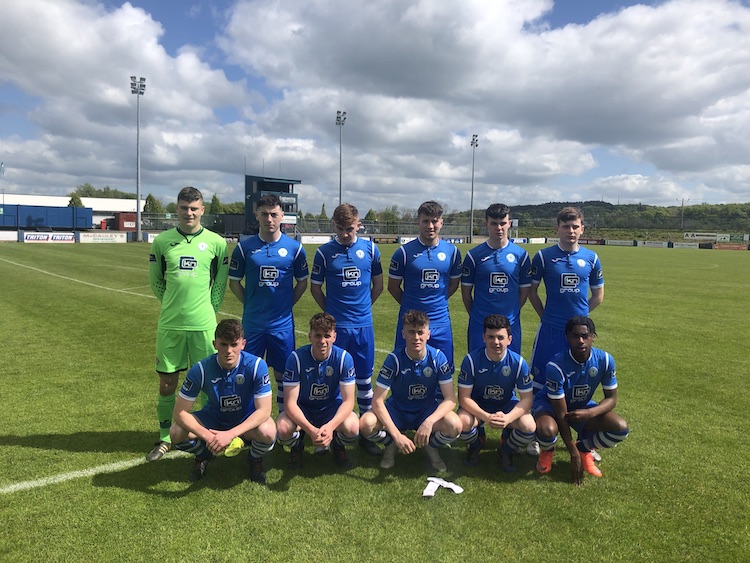 Three of the Finn Harps underage sides were in action on Saturday with the U19s enjoying an excellent 5-0 win over Longford Town at Finn Park.

Corey McBride scored twice while Stephen Doherty, Darren McElwaine and Joel Bradley Walsh were also on the mark for Joe Boyle’s side.

Defeat for Harps U13s in Dundalk

Despite a 2-1 defeat in Dundalk on Saturday the Finn Harps U13s are eagerly looking forward to a national semi-final at the end of the month. Former Mulroy Academy player Aaron McLaughlin put Kevin McHugh’s side ahead with a superb finish but Dundalk equalised before the break. With the game looking like finishing in a draw the hosts struck for a late winner.

The Finn Harps U15s went down 3-1 to Dundalk on Saturday.

The visitors came to Diamond Park in Ballyare safe in the knowledge that they had already qualified for the league semi-final, while Harps were looking to climb off the foot of the table.

Three goals in the opening 20 minutes of the first half left Harps with a mountain to climb. Mark M’buli did pull one back during the second half with a neat finish from a Jamie McKinney cross.

The young Harps fought to the very end but the concession of the early goals was insurmountable.

Team management and players would like to thank team sponsor, Mooney Boats Killybegs and matchday sponsor, Pat’s Pizza Letterkenny, for supplying the team with the food afterwards.