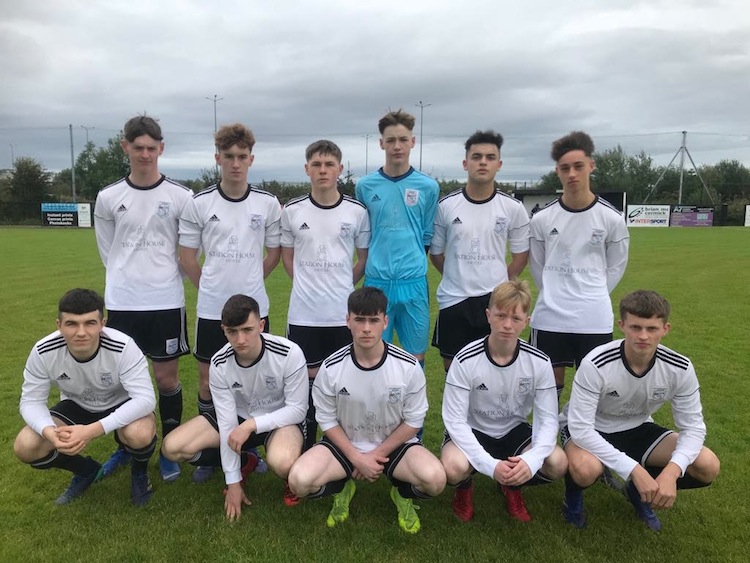 Letterkenny Rovers rejoined Keadue Rovers at the summit of the Donegal Youth League after a four goal blitz in the space of 14 first-half minutes ended the contest very early on a windy afternoon at Leckview Park.

Anthony Gorman’s men came into this game knowing it was a must win and were slow to start with Evan Hewitt firing over for the visitors on 8 minutes after some hesitancy in the Rovers backline from a long kickout.

That miss was to prove costly as the home side scored from their next attack when tough teak defender Kyron Coyle headed home a Joel Gorman free kick on 10 minutes.

Letterkenny were rampant at this stage and extended their lead on 17 minutes when a defence splitting pass from Kealan Dunleavy sent Leon Doherty through on goal and he made no mistake when cooly slotting home.

Swilly were game and with Tyler Durning and Hewitt lively in attack created a couple of good chances to get back into the game but any hopes for a comeback were dashed when Conor Friel fired low to the bottom corner on 24 minutes to make it 4-0. 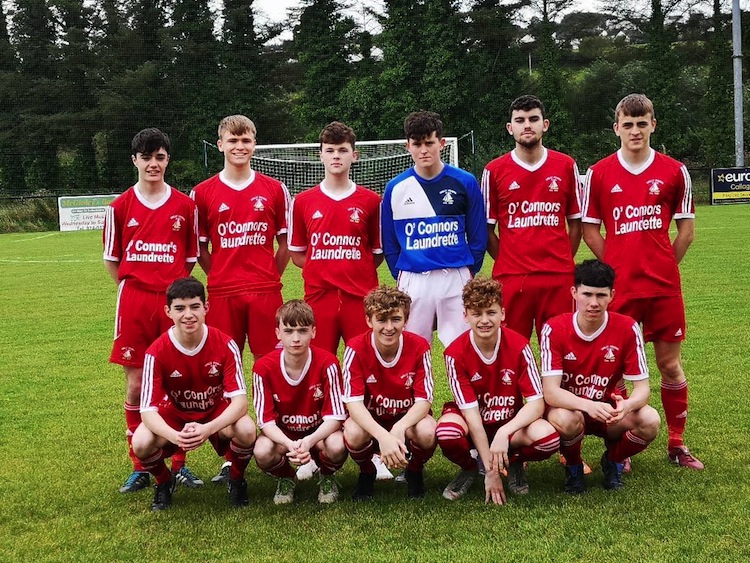 Swilly’s day went from bad to worse with Tyler Durning going off injured early in the second period.

The Cathedral Town men added some gloss on the scoreline when goals from Friel and sub Toby Akinyimika made it 6-0 and a win which saw them rejoin Keadue at the top with two games remaining.

Keadue Rovers put a huge dent in Bonagee’s title chances with a polished display as they won 6-0 at Dry Arch Park on Wednesday evening.

Goals on 20 and 31 from the highly-impressive Orrin Burgess had Keadue in control before Mikey McFadden added another on 34.

Burgess completed his hat-trick just before halftime to end the game as a contest.

Aidan McHugh who had an extremely good game in midfield scored a fine individual goal to make it five before Burgess headed home to make it six.

Bonagee though did force Keadue keeper Ben Boyle into three super stops from Peter Carr (twice) and David Boakye but could not find a way past as Keadue ran out comfortable winners.

The Shield section got up and running as Lagan Harps defeated Milford United 3-1 at Moyle View Park on Friday evening.

It was Lagan who  controlled the game early doors and went in front in the fourth minute when Jack Canning found Matthew McDaid who made no mistake in scoring.

The midfield trio of Jack Canning, Joshua Hay and Ciarán Quinn were very impressive controlling the game all evening.

It was Lagan who went 2-0 up when Noel Donnelly forced the home goalkeeper into a mistake and the ball ended up in the back of the net as Lagan doubled their lead just before the break,

Joshua Hay extended the lead to three in the 52nd minute with a thunderous shot in off the underside of the bar.

Milford got one back near the end but it was mere consolation for Joe Ferry’s men.

Lagan join Eany at the top of the section.