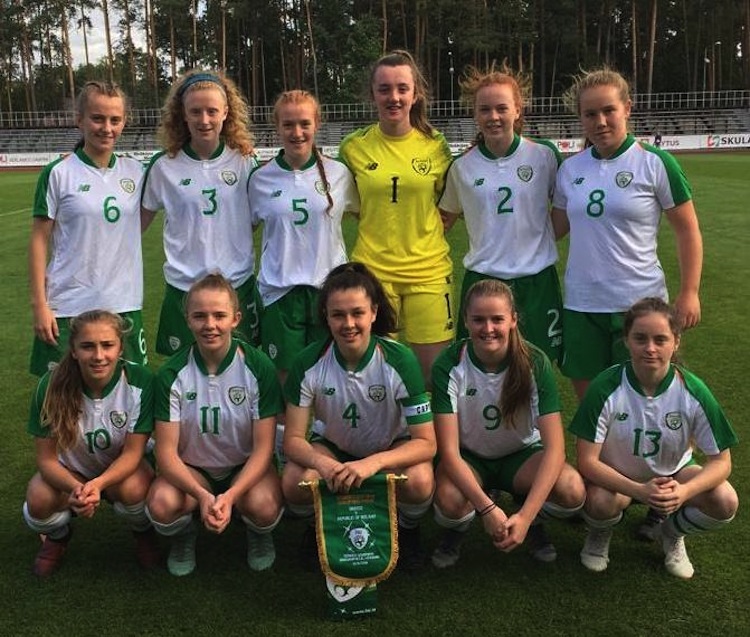 Brown cracker sets Irish U17s up for another big win

KERRY BROWN’S goal set the Republic of Ireland Women’s U17s on their way to a 5-0 win over Greece in Lithuania today.

Brown and fellow Inishowen woman Erin McLaughlin both started as Ireland made it three wins from three in the UEFA Women’s Under-17 European Championship Qualifying Round group.

Greencastle native Brown, who plays for Sion Swifts, let fly with a stunning strike from 30 yards to open the scoring for James Scott’s side.

Brown and McLaughlin, who lines out for Culdaff FC in the North West Women’s Super League, have been on form for the Girls in Green with McLaughlin netting five goals in her previous two outings.

At the Alytus Stadium, Ireland were comfortable victors.

Having already beaten Albania (10-0) and Lithuania (6-0), Brown’s goal teed up another big win.