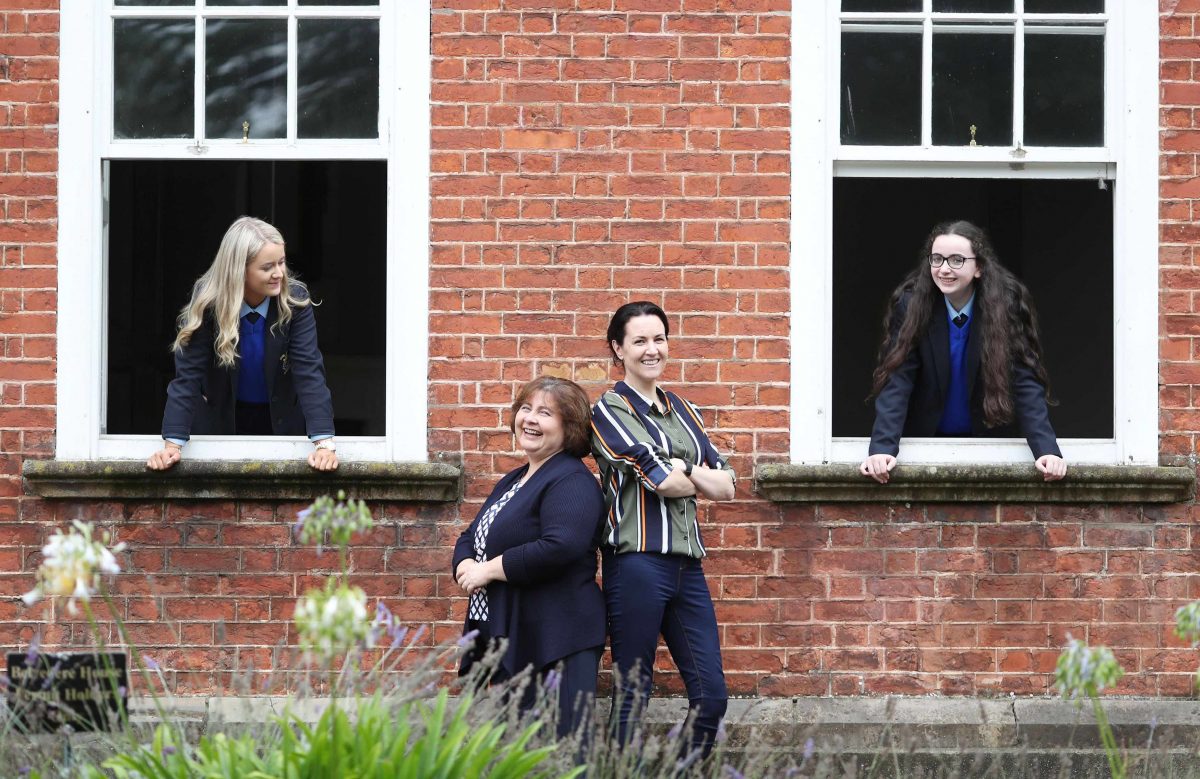 Scoil Mhuire in Buncrana had double reason to celebrate this week, as two of its teachers were named on the shortlist for the inaugural Teachers Inspire Ireland initiative.

The two Scoil Mhuire teachers included on the shortlist are Lorna Barron (from Buncrana) and Denise Dowds (from Muff and now living in Buncrana).

The initiative, which is focused on highlighting the enormous contribution made by teachers in Irish society, was launched by Dublin City University (DCU) earlier this year.

Over May and June, DCU called for members of the public to share their personal stories of how a teacher transformed their lives and/or their community.

Twenty shortlisted teachers – five from each province – have been shortlisted from over 400 entries received from every corner of Ireland.  None of the teachers knew they were nominated in advance.

Ms. Barron was nominated by student Alannah Bradley from Ballymagan, Buncrana.  In her nomination, Alannah wrote: “Ms. Barron is such a huge asset to Scoil Mhuire in every way, not just in her caring, kind attitude but also her ability to get a vast majority of students a high grade in their exams and push students to their potential.

“No job or problem is too big for Ms. Barron either, from hosting the school’s successful musical every two years to being in charge of the examination aid for the State exams.”

Denise Dowds was also nominated as one of Ireland’s most inspiring teachers by a current student, Marie Barr (from Upper Gransha, Buncrana).

In her nomination, Marie described Ms. Dowds as a “climate hero”.

“Ms. Dowds inspired me and 45 other students to stand up for what we believe in,” Barr wrote. “She set up a group called the Cli-Mates… to raise awareness about climate change and environmental issues and to take action against them.

“This group has done many things, from beach clean-ups to climate strikes to telling people about how to be more environmentally friendly but, most importantly, it has given us a voice… She has given us this voice. She has taught us to use that voice and I am very thankful for that.”

Additional Donegal connections on the Teachers Inspire shortlist come by way of Dublin.  One of the shortlisted teachers in Leinster is Nora Duffy, who taught at St. Joseph’s Co-Educational National School on the East Wall Road in Dublin for several decades.

Originally from Dunfanaghy, Ms. Duffy arrived in the East Wall in the 1960s.  Her nominator, Caitríona Ní Cassaithe, highlighted her passion for the Irish language, amongst many other attributes, noting that “most East Wall Irish enthusiasts speak it (Irish) with a Northern twang – a nod to our school-day beginnings”.

Another teacher to make the shortlist meanwhile is Mary Daly, who is originally from Castlefinn, but has lived in Celbridge since 1985.  Mary was a teacher at St. Dominic’s College in Ballyfermot, and was nominated for Teachers Inspire Ireland by her former student, Niamh Smith.