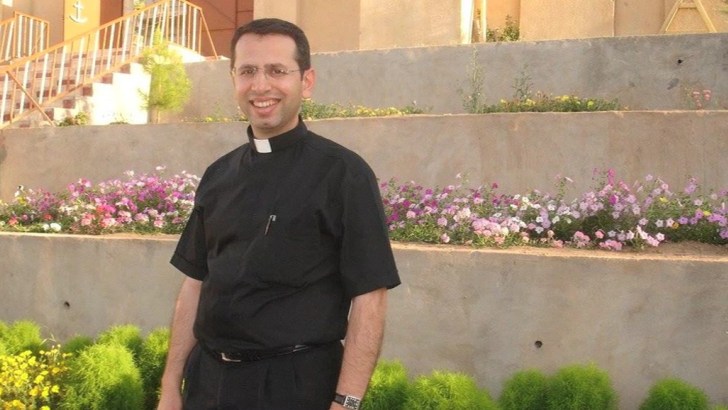 A murdered former priest that served in Donegal is set to be made a saint, it has emerged.

Fr Ragheed Ganni, who served on Lough Derg, is set to be one of the first formally-recognised martyr of modern Iraq.

Fr Ganni, 34, was murdered along with three sub-deacons by Islamist militants in Iraq in 2007.

Former President Mary McAleese has previously described Fr Ganni as a reminder of “the cost of freedom and the price of service to others”.

Mrs McAleese, who befriended Fr Ganni after originally meeting him when he was volunteering at the Donegal Christian sanctuary as a young seminarian, said when he finished his studies in Rome she asked whether he would contemplate returning to Ireland only to be told he was determined to serve the Christian community in his troubled homeland.

Speaking last month, Mrs McAleese, said: “I was one of a number of people, good friends of his, who tried to persuade him not to do that.

“He knew better than any of us how dangerous it was, but he was quite determined that his vocation and his mission lay among his own people, his own family, in bringing them pastoral help and comfort.

Fr Dick Mohan, who was Prior at Lough Derg when Fr Ganni worked on the island, said  he was “delighted to hear that news because Ragheed was a very special person, and many, many people who were privileged to meet him in Lough Derg and to hear him and become friends with him will be happy to know that his goodness has been recognised.”

Murdered priest with links to Lough Derg on the path to sainthood was last modified: September 16th, 2019 by Staff Writer