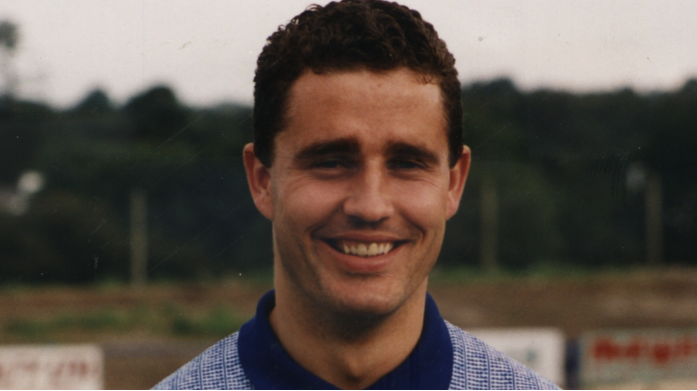 On Sunday evening, the League of Ireland world was plunged into sadness with news of Noel’s sudden death, aged just 48.

He had played for Finn Harps, Monaghan United and Dundalk in the League.

Tomorrow, his Funeral Mass will take place at St Mary’s Church, Threemilehouse, at 12 noon with burial in the adjoining cemetery.

Noel is predeceased by his father and mother Joe and Dorothy and his sister Mary.

He is survived by his loving wife Kate, his adored children Marc and Sophie, his brothers and sisters Cathy, Alec, Betty, Joe, Thomas, Pauric, Dorothy, Donny, Agnes and a wide circle of family and friends.

Finn Harps paid tribute to Noel in a statement saying: “Eeryone at Finn Harps were shocked and saddened to learn of the passing of our former player Noel Melvin.   A hugely popular man with fans and his team-mates alike, many tributes have been paid to him.”

Noel was part of the first Harps squad to win promotion to the Premier Division in the 1995/96 season and he starred the following campaign in the top flight.