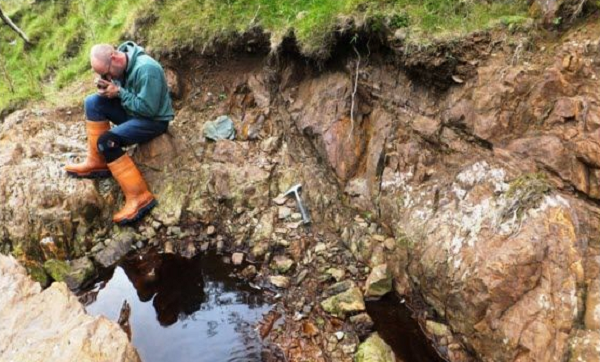 Exploration company Arkle Resources has announced that a new gold target has been identified in Inishowen in Donegal.

Arkle Resources, formally known as Connemara Mining, has two licences in Inishowen that are considered to be highly prospective for mesothermal, vein-hosted gold mineralisation. Arkle is the first company to drill for gold in the area.

The focus of the project has recently shifted to targets along the Glentogher Fault which runs between the Meeneragh discovery site and the early 1900s Glentogher base metal mine.

Patrick Cullen, Chief Executive Officer of Arkle, commented, “We are pleased to report on progress and on a new target at Inishowen.  Earlier this summer we made a decision to take a new approach and we have brought a fresh, but very experienced, set of eyes to the project.

“Arkle’s 2016-17 drilling intersected high grade gold at Meeneragh which establishes the Glentogher Fault as a fertile structure. We believe that the base metal mineralisation at Glentogher is related to the same fault.

“Our recent fieldwork has identified a previously unknown structure which intersects the Glentogher Fault 3kms northwest of Meeneragh.  This is now a priority target.”