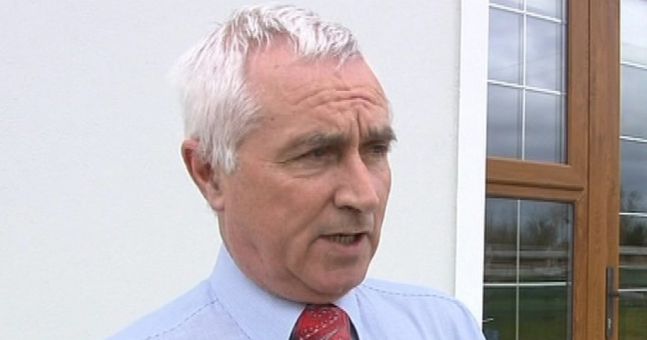 Leading doctor and former Government Minister Jim McDaid has questioned the number of young women who have died following the decision in 2008 to abandon the cervical cancer vaccination programme.

Dr McDaid, a former Fianna Fail Minister, famously lost the party whip for refusing to support his party’s decision to scrap the programme.

At the time Dr McDaid said he simply could not support the motion and abstained saying “The withdrawal of a life-saving vaccine is not one that I can support.”

Now the Letterkenny-based GP has said he still wonders how many women died across Ireland as a result of not getting the HPV vaccine.

Dr McDaid was speaking in the wake of the television documentary, This Is Me, featuring cervical vaccine campaigner Laura Brennan.

She attempted to raise the importance of getting the HPV vaccine in saving lives by filming the final months of her life journey.

She filmed a campaign on behalf of the HSE urging parents to have their daughters vaccinated at a time when levels of vaccination were around 51%.

At the time of her death these levels have risen to around 70%.

Dr McDaid told Donegal Daily “I watched the documentary and it was so sad. She was a lovely young woman and she has a lovely family. It was difficult to watch.

“I thought of her and the cohort of other young women who may have died as a result of not getting the vaccine.

“I just thought back to the time in 2008 when the Government decided not to press ahead with the vaccine programme because of a miserly ten million euro a year. That’s all it was in the grand scheme of things.

“I just couldn’t vote with the Government and so I abstained. I knew there was going to be a certain amount of young girls who were around twelve years old at that time who were going to die as a result of not getting vaccinated.

“I just couldn’t vote in favour of scrapping the vaccination scheme because it went against all the values I had as a doctor.

“It’s not about if I was right or wrong. The television programme with Laura just brought it all back to me and reminded what we could have done if we had kept the vaccination programme,” he said.

He paid tribute to Ms Brennan in raising awareness of the need for the vaccine programme to continue and increase.

He dismissed concerns that the vaccine could causes cases of Chronic Fatigue Syndrome.

“I am obviously fully endorsing the vaccine programme. Obviously some people are claiming that the vaccine leads to cases of fatigue. However, the same number of people suffer from fatigue who do not get the vaccine,” he said.