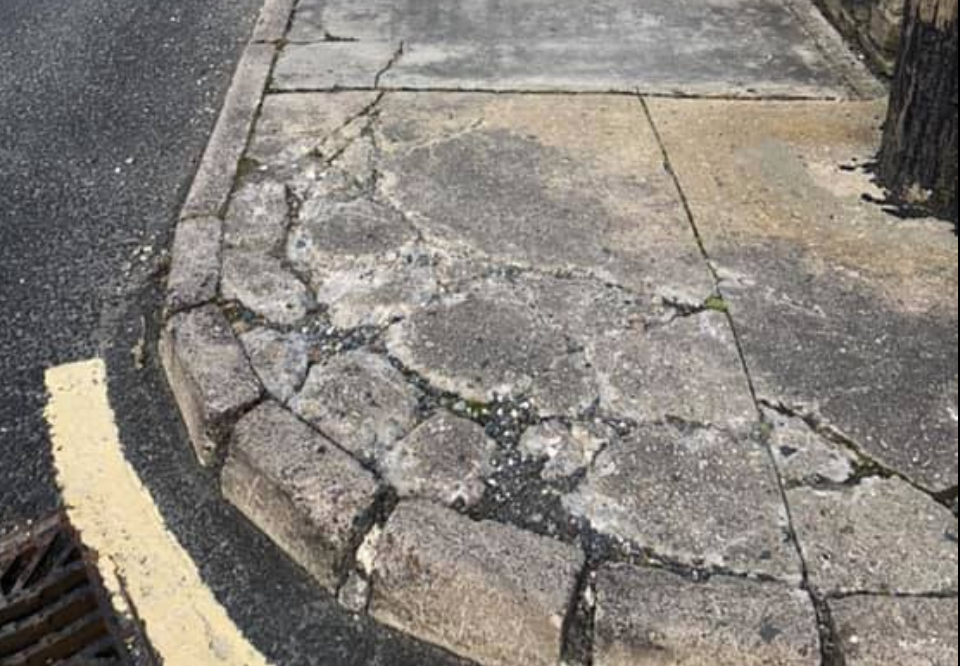 Rural areas being ‘left behind’ as government fails to bridge gap, councillor warns

A Glenties councillor has expressed concern over the disrepair and lack of funding being provided to rural areas in west Donegal.

Cllr Micheal Cholm MacGiolla Easbuig raised concern over the summer after an elderly wheelchair user and his extended family had been left trapped in their homes after heavy rain washed away a bridge leading to their property.

Meanwhile, a resident in the area also told Donegal Daily how ‘something drastic’ was going to happen on the Glen Road in Angaire if it wasn’t repaired by Donegal County Council.

The concern comes as Fianna Fail and Fine Gael have become embroiled in an argument in recent days in relation to government funding for rural communities.

Now further concern has been expressed, with Cllr Cholm MacGiolla Easbuig highlighting a deteriorated footpath in Anagaire, suggesting to Donegal Daily that it was a testament to how the people in rural west Donegal had been ‘forgotten’.

He said: “If you look at the footpath, it is completely crumbling away. How is that acceptable?

“And for me as a councillor, one of the major frustrations is that stuff like this is cropping up every day and it shouldn’t be.

“This should be fixed by the council and a big issue shouldn’t be made about it, but it isn’t being done and that is a problem.

“I shouldn’t have to fight for these issues or highlight them one after the other.

“The government are failing to adequately fund the council and that means we are scraping the bottom of the barrel.

“And when small projects, like the footpath in Anagaire, occur it means you have to go in search of money.

“We have a situation now were our footpaths are overgrowing with weeds and they are not being maintained,” he added.

“We need to have the council-funded adequately because rural parts of this county are being left behind and forgotten about.”