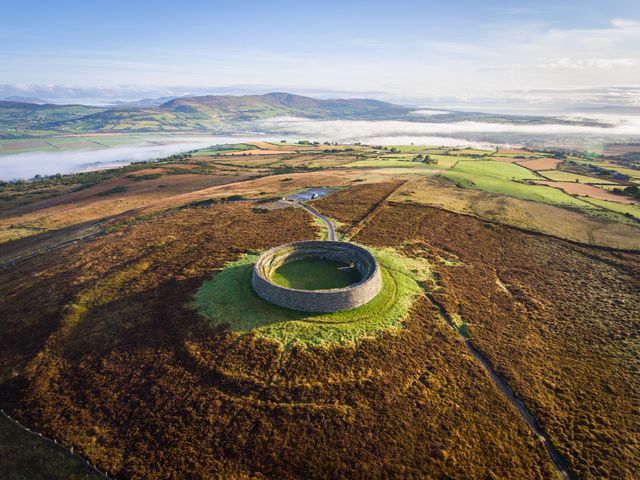 Tourism potential of Grianan of Aileach being wasted, warns councillor

An Inishowen councillor has called on the Office for Public Works (OPW) to fulfil their promise of developing a Conservation Management Plan for the Grianan of Aileach in Burt.

Sinn Fein’s Jack Murray held talks with the OPW in February 2017 to discuss how a tourism project could be developed for the site.

Speaking to Donegal Daily, following his initial address of the issue at the Inishowen Municipal District meeting last week, Murray said: “In February 2017, I arranged for a meeting of local stakeholders and the OPW (as custodians of Grianan of Aileach) to discuss how we could develop the tourism project.

“That meeting was hailed as hugely positive as the OPW undertook to develop a Conservation Management Plan, after which we could look at further promoting this spectacular site.

“That was two and a half years ago. Yet, this plan has yet to be published and there is no indication of when it will be.

“I am now exacerbated with the delay as what we’re asking for is very simple.

“I believe that small tasteful signage is erected, telling the fascinating story of Grianan to visitors and explaining the numerous points of interest that can be observed from the view.

“Ultimately I would like to see a tour guide employed there to bring the story to life for visitors, while also ensuring that someone is there to protect against damage or vandalism.

“I firmly believe that Grianan could be the number one tourist destination in the north-west of Ireland if it received the proper focus and investment.

“To date, we’re just met with delays and the local community is fed up of it.”