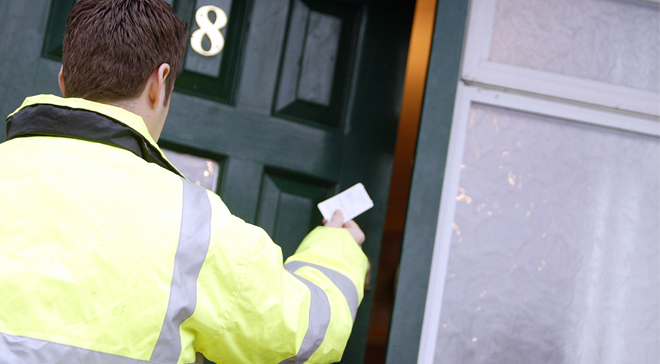 Gardai in Donegal are hunting a gang claiming to be An Post employees who are trying to dupe elderly people out of their money.

The gang are calling door-to-door in Letterkenny and asking elderly people to examine Euro notes at their property.

Gardai believe it is an attempt to steal the cash or to then gain entry to the home for further opportunities to steal from the premises.

It is understood a number of elderly people have already been targeted in the heartless scam.

A spokesman for local Gardai confirmed they are carrying out a full investigation into the incidents in a bid to track down the bogus callers.

The spokesman said “We have received reports of males calling to the homes of elderly people over the past number of days claiming to be working with An Post.

“These men then say that they are there to check any Euro notes at the property.

“These men are targeting the elderly in the hope that they can intimidate and deceive them.”

Gardai have appealed to the elderly and to their neighbours to take certain precautions to stop them becoming the next victim of this gang.

“Keep an eye out for elderly neighbours and take note of any cars/callers in your area that appear suspicious.

“All bogus callers should be reported to your local Garda Station and in the event that you do not know the number you can call Letterkenny Garda Station (Divisional Headquarters)on 074-9167100. (24 hours)”