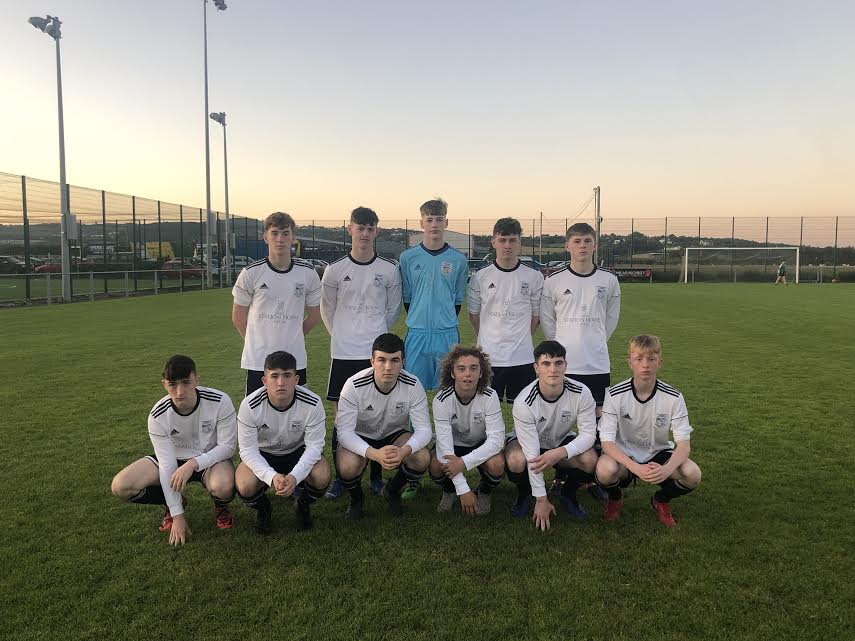 A COME-FROM behind win at derby rivals Bonagee keeps Letterkenny Rovers in the hunt for Donegal Youth League honours as the title race heads for a deciding final day.

After Keadue Rovers’ 7-0 hammering of Swilly Rovers in Ramelton earlier in the evening, it means Letterkenny and Keadue are locked on 21 points. A mouthwatering conclusion sees the two Rovers clash at Leckview Park.

The leveller arrived just as the game ticked into its final twenty minutes when sub Doogan riffled into the bottom corner from ten yards.

With Bonagee still shaking that from their system, Rovers took the lead as Dunleavy plant a brilliant header past Cian Harkin after connecting to a superb corner by Plumb.

In the last minute, Doogan skipped past Harkin to tuck in a third and put a gloss on the scoreline.

Rovers could have put the game beyond doubt a little earlier, but Kieran Tobin, scooped over the crossbar from point blank range and Harkin held onto a stinging shot by Jack Dwyer from the right edge of the area.

Soon after, Dwyer hit the crossbar after his shot took a ricochet off a Bonagee defender. 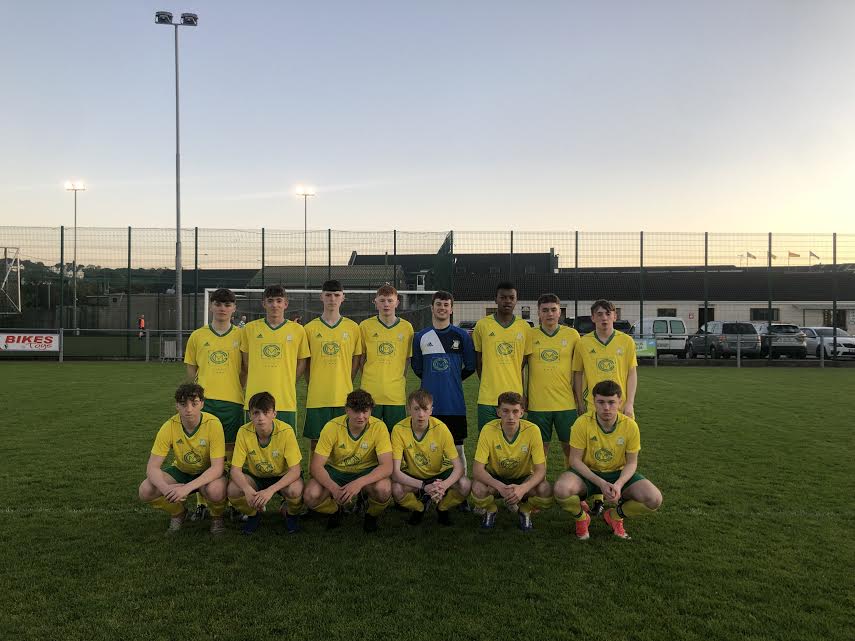 Bonagee didn’t wave the white flag and Jack Murphy wasn’t far off an equaliser, but Rovers, just about, were worth of the win in the second half.

Rovers introduced James Kernan at the break and the Leckview men set about rescuing the tie early in the second half. Shane Monaghan shot over the top and Nathan Plumb couldn’t get the necessary direction on his effort from the ‘D’.

Bonagee stemmed the flow and a deflected Adam Murphy shot was easily gathered by Aaron Hepburn.

Dunleavy volleyed wide and, with Anthony Gorman’s men beginning to turn the screw a little, Dwyer’s powerful drive was wide.

Bonagee took the lead three minutes before half-time. Jack Murphy slid a corner out to Ryan Creevy and his inviting delivery was met by Boakye, who glanced a header past Hepburn.

Moments earlier, Bonagee should have been in front, but Hepburn saved from Jason Blake, who connected Peter Carr’s centre. After Blake was denied, the follow-up by Adam Murphy was blocked by Hepburn.

At the end of last month, Josh Martin struck twice as Bonagee took a 2-0 win at Leckview Park.

It was a much-changed Rovers side here with Oran Winston, Dunleavy, Tobin, Plumb and Monaghan all included from the off having missed the previous outing against their cross-town foes.

In a cagey opening, home net minder Cian Harkin was out sharp to smother at the feet of the ever-lively Jack Dwyer, who had a cross-cum-shot drift over the top.

Down the other end, Jack Murphy tried his luck from distance, but was unable to get his ambitious attempt on target.

Bonagee went close to a breakthrough in the 34th minute when Carr managed to get himself out of a jam in the left corner. Carr got into the area and fired a right-footed effort wide of the far post.