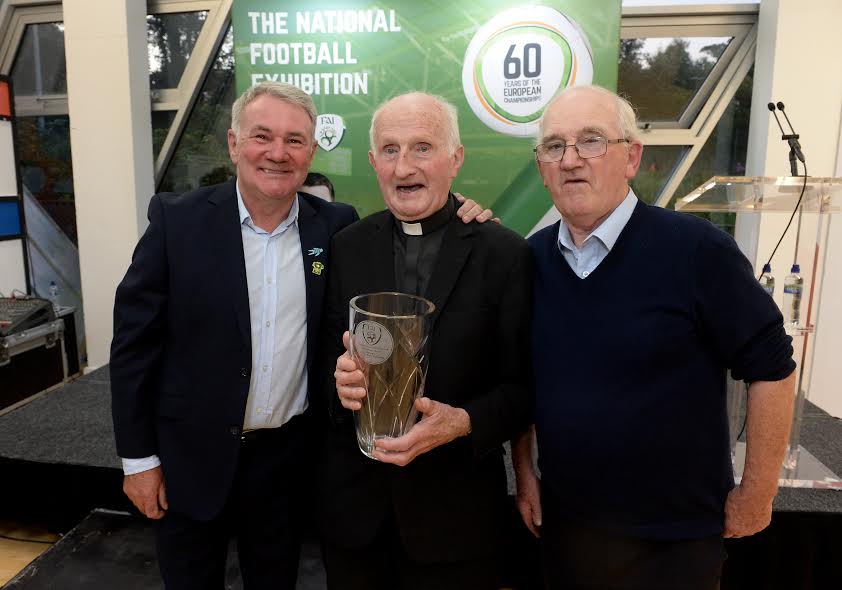 The award was presented at the official launch of the FAI’s National Football Exhibition, which is open in Letterkenny until September 29.

As part of the launch, the FAI sought nominations for a local Grassroots Hero.

‘Fr Mick’ is one of the best known figures in Donegal soccer for over four decades now.

He lead PCC Falcarragh to three FAI All-Ireland Schools titles, two U16s Cups and a senior crown, while the small rural team was selected to represent the Republic of Ireland at an international tournament in Belgium in 1983.

He managed Fanad United for almost 20 years in the Donegal League and Ulster Senior League.

Indeed, he is a founder member of both Leagues, while he was instrumental in the Donegal League’s purchase of the parcel of land and initial development of the League’s fine headquarters at The Diamond Park, Ballyare. 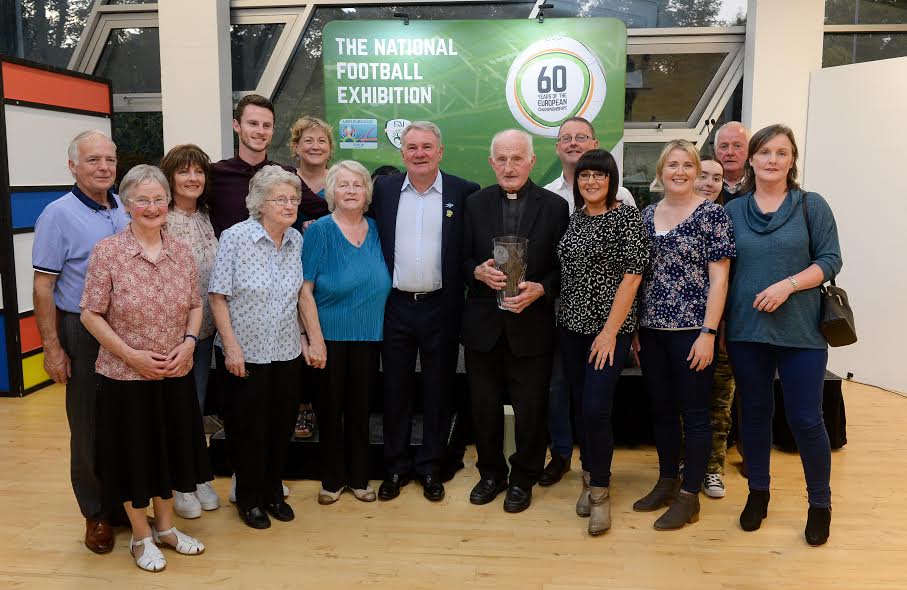 Fr. Mick highlighted winning the FAI Youth Cup Final in Ramelton in 1979 as a very big breakthrough on the national stage and of course defeating Derry City at the Brandywell was definitely another occasion that was ‘right up there’.

However, his biggest triumph, surely, was when he guided Fanad United to victory over Tramore Athletic at Dalymount Park in 1988.