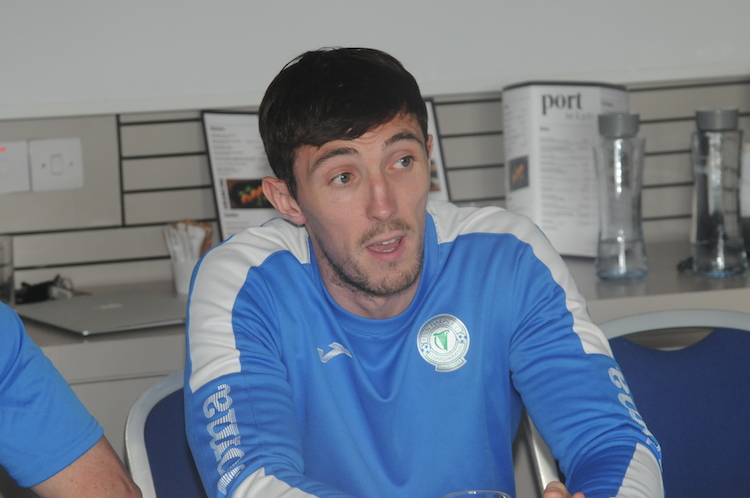 FINN HARPS dug out a precious point at Cork City tonight to move ever closer to securing a play-off spot.

A stalemate at Turners Cross gives Harps a six-point advantage over UCD – who lost 2-0 at home to Sligo Rovers.

Harps had goalkeeper Mark Anthony McGinley to thank. The Ards man saved a penalty three minutes into the second half from Conor McCormack.

With the survival race down the home stretch, it was a vital draw for Harps – their second of the season on Leeside following the 1-1 draw earlier in the year.

Cork are seven points ahead of Harps, but Ollie Horgan’s men would have grabbed a play-off berth with both hands at the outset of the season and that now seems their likely outcome.

Tony McNamee, who was into the starting XI tonight, tested Tadgh Ryan in the first half, but it was a period of few openings.

Karl Sheppard fired wide from a good spot after Gearoid Morrissey’s shot fell into his path.

Mark O’Sullivan headed wide and Conor McCarthy tried his luck from distance, but he was unable to work McGinley.

However, in the opening moments of the second half, O’Sullivan went down under Josh Smith’s challenge and ref’ Rob Hennessy pointed to the spot. McCormack stepped up, but McGinley saved with his feet to keep the sheet clean.

Harps almost snatched the three points with Daniel O’Reilly twice trying his luck. O’Reilly headed just off target before Cork goalkeeper Ryan denied him with a wonderful save.