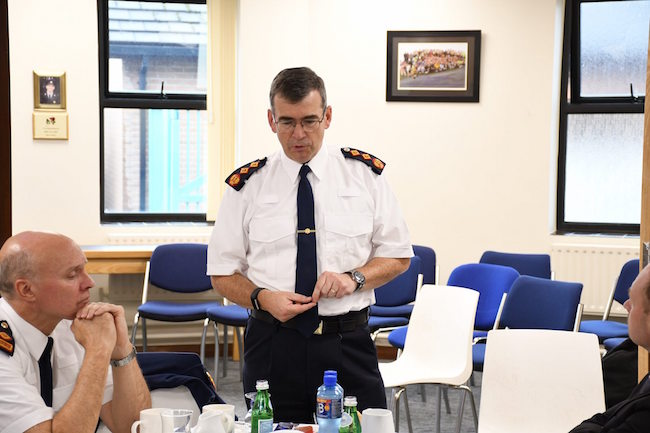 Clamp down on Garda overtime as spending reduced by €6.5m for 2019

Garda overtime spending has been halted from midnight last night, it has emerged.

The ban on Garda overtime other than for special duties was sanctioned by senior management and ordered with immediate effect by Garda Commissioner Drew Harris, according to the Irish Times.

A spokesman for Mr Harris also confirmed that overtime for special operations will only be granted with the approval of the force’s most high ranking officers.

“As previously stated by Commissioner Harris, An Garda Síochána is experiencing budgetary pressures and must also prepare for reasonably foreseeable operational pressures in the near future,” the spokesman said.

“To minimise the impact on policing and security activity, while reducing the current rate of overtime spend, overtime is only being sanctioned for non-discretionary duties. Administrative overtime has been cancelled immediately.”

The spokesman added: ”Overtime will still be available for specific policing/security operations, but only with the prior approval of the relevant Assistant Commissioner following discussion with Deputy Commissioner, Policing and Security.”

Clamp down on Garda overtime as spending reduced by €6.5m for 2019 was last modified: September 21st, 2019 by Staff Writer
FacebookTweetLinkedInPrint