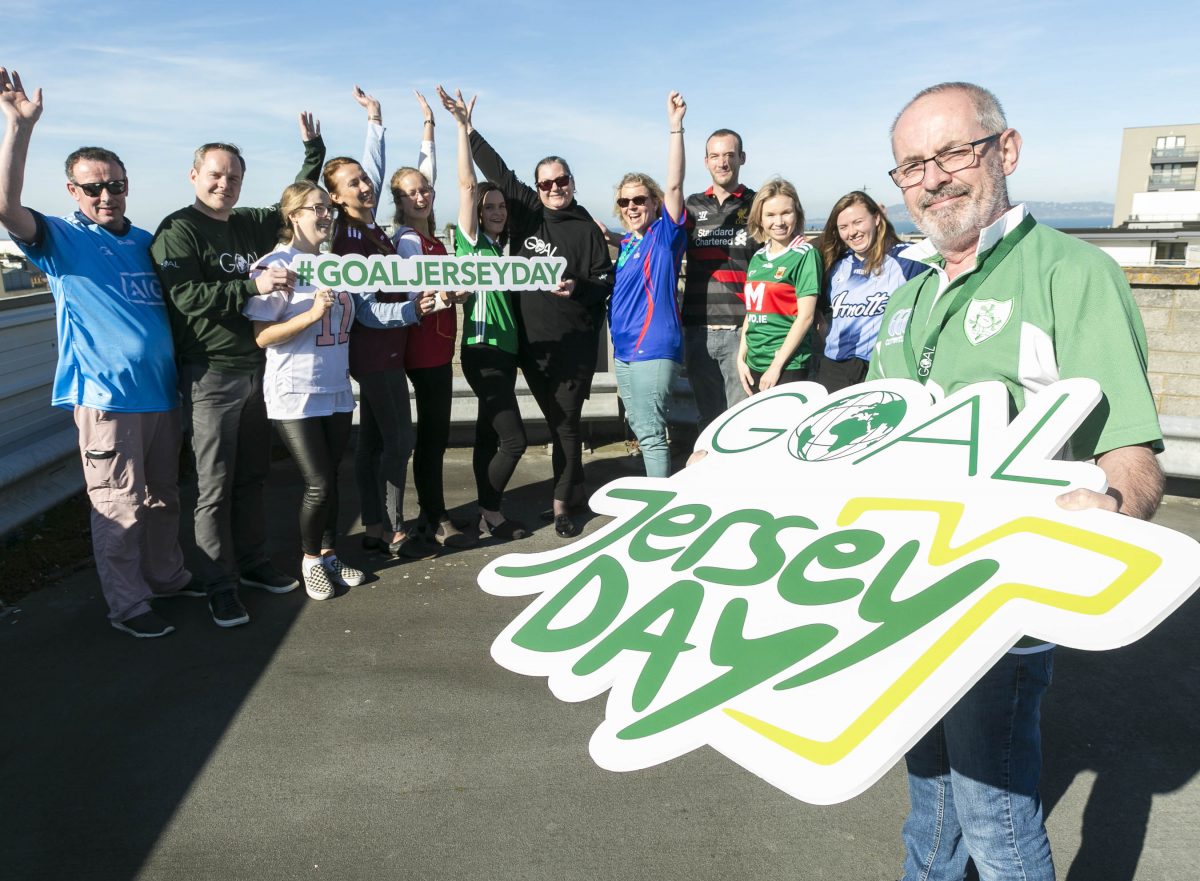 The Donegal public are being urged to show their true colours and get on their kit for GOAL Jersey Day which takes place nationwide this October.

School, businesses, and organisations throughout Donegal are being encouraged to sign up to GOAL Jersey Day, which takes place on October 11th, and wear their favourite sporting strip to raise vital funds for communities around the world facing extreme poverty and crises.

GOAL’s Director of Fundraising & Marketing, Eamon Sharkey, said: “GOAL Jersey Day is one of Ireland’s longest-running fundraisers, and has been in existence for more than three decades.

“Last year more than €150,000 was raised to support our work all over the world and we are appealing to the people of Donegal to once again support us – and have fun at the same time.

“It’s the perfect opportunity to proudly wear your team colours, and to share sporting opinions with anyone in the office, or school, who will listen to you! It can also boost team, school or office spirit by working together for such an important cause.”

This year GOAL was one of the first humanitarian aid agencies to respond in Zimbabwe to the devastating aftermath of Cyclone Idai which left hundreds of thousands of people without food or shelter.

Thanks in part to the support of the Irish people GOAL has reached over 100,000 people in four districts in Zimbabwe with emergency kits and food supplies.

Your team and company can be a part of this important work, by signing up today!

To sign up to GOAL Jersey Day, please email jerseyday@goal.ie or visit www.jerseyday.org