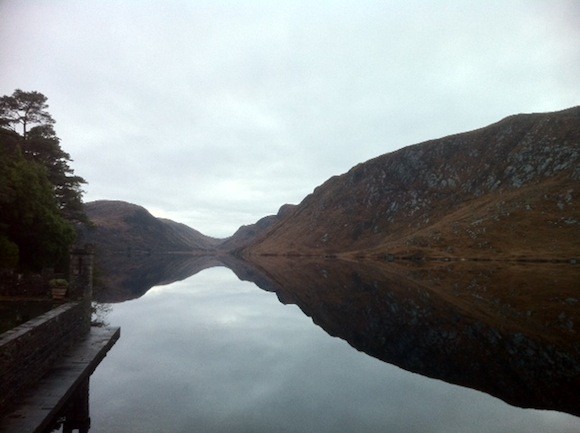 A Donegal County Councillor has urged the hospitality sector to adopt better pay for its employees and to have better working conditions.

The call comes as Independent Cllr Michael Choilm Mac Giolla Easbuig met with Méabh Seoighe Tourist officer for Udarás na Gaeltachta yesterday (Sat) to follow up on a proposal that Glenveagh visitor center would set aside a place to promote Gaeltacht in the county.

The Glenties Councillor made the proposal over a year ago and speaking to Donegal Daily, he said more had to be done to make it worthwhile for tourism employees to work and promote Donegal.

He said: “I met with Méabh Seoighe Tourist officer for Udarás na Gaeltachta to follow up on a proposal I put to both Údaras and Glenveagh National Parks and Wildlife Service over a  year ago.

“My proposal is that the Glenveagh Visitor Centre would set aside a place to promote our beautiful Gaeltacht which is only 15 minutes away.

“We also discussed my motion to Donegal County Council, that the Council design and erect new signage that clearly shows visitors when they entering An Ghaeltacht.

“In the course of our meeting, I also emphasised the importance of those promoting tourism to seriously consider the environmental impact of tourism on our community and planet.

“While tourism has a role to play, I am concerned that too many eggs are being put into the tourist basket, which is being  seen as the great economic saviour of our social and economic deprived community.

“This deprivation is the result of years of neglect by successive governments, and addressing this situation requires a much broader and deeper response than simply focusing on tourism as some kind of fix-all ‘magic bullet’.

“The majority of workers within the tourism sector are on minimum wage and are also only seasonal workers.

“Minimum wage is only a bare survival wage, not a living wage, and affords no security, dignity or long term prospects for these workers.”