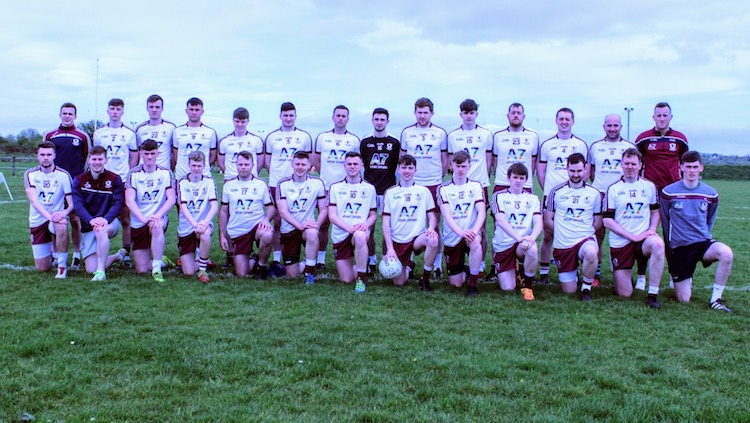 Letterkenny Gaels made the journey to Moville on Saturday for their third and final group game of the Michael Murphy Sports & Leisure Junior A Football Championship.

With both teams claiming a victory earlier in the campaign, this game would determine top spot.

The visitors to Carrick Field were on top in the opening half and went in at the break with a four point lead.

The goal came from a swift move up the field resulting in Anthony Diver finishing to the Moville net. Shay Doherty kicked three excellent points while Gaels other scores came from three Conor McBrearty frees.

Murphy and sub Ciaran Kilfeather exchanged early second half points before Moville hit two quick fire goals from Diver and Malachy McDermoott to give them a two point lead.

The Gaels response was immediate as Ronan Frain gathered the ball from the kick out and ran through the Moville defence to bury the ball in the net.

As the game entered the last quarter Gaels were three points to the good with points from Kilfeather, Diarmuid O Cathail and McBrearty (2) while a Murphy free and a Christy Hegarty point kept the home side in touch.

Two Diver frees and a Murphy point in injury time brought the teams level before the referee blew for time.

This result means that the Letterkenny side top Group C while both Moville and Muff will take part in the quarter finals which will be played this coming weekend.