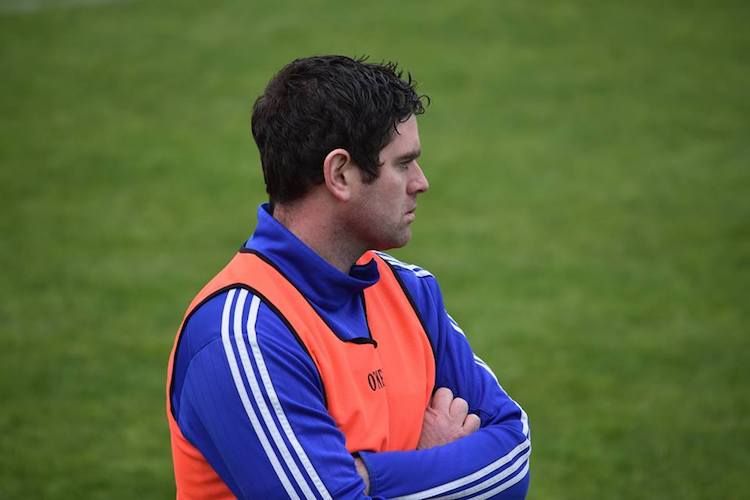 Listen: ‘Plenty to work on’ but Regan and Naomh Conaill safely through

MARTIN REGAN says his Naomh Conaill ‘have plenty to work on’ ahead of next weekend’s Donegal SFC quarter-finals.

Naomh Conaill are into this evening’s draw for the last eight as Group B winners after a 0-12 to 0-9 win over Sean MacCumhaills last night.

“It’s where we wanted to be,” Regan told Donegal Daily/Donegal Sport Hub.

“It wasn’t the best performance and we have plenty to work on, which is no harm.”

A niggly and ugly opening to the game included a handful of bookings and a spurned penalty by Ciaran Thompson. In all, Naomh Conaill had eight first-half wides.

Regan said: “We misused a lot of stuff. It wash’t necessarily poor shot selection. They were very scoreable chances. Conditions were difficult, but that was no excuse for some of the misses.”

Naomh Conaill pulled away a bit in the second half and Regan felt that his team was ‘always in control of the game.’

The Naomh Conaill manager added: “We lost two finals, but it wouldn’t be any different if we had lost a semi-final or a final. It’s not so much hurt from losing a final as losing a championship.”