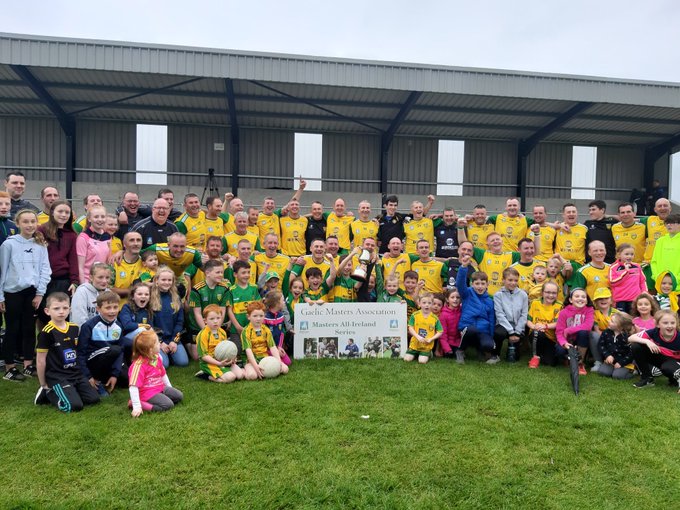 MAN OF the Match Michael Ward deflected the praise after he led Donegal to the All-Ireland Masters crown yesterday.

Ward scored five points as Donegal defeated Dublin 0-9 to 0-7 in the final.

“It was very much a team effort from tackling to running,” the Ballyshannon man told Ocean FM’s Paddy McGill.

“It’s relief that it’s all over What a second half from each and every one of the lads who came on.

“Dublin thought the wind would win it in the second half, but it wins you very little. We got over the line, thanks be to God.”

It’s 21 years now since Ward was Man of the Match when Aodh Ruadh overcame Naomh Columba in the 1998 Donegal SFC final.

He said: “I still get a buzz out of it. You can see the lads who all worked hard celebrating out there.”