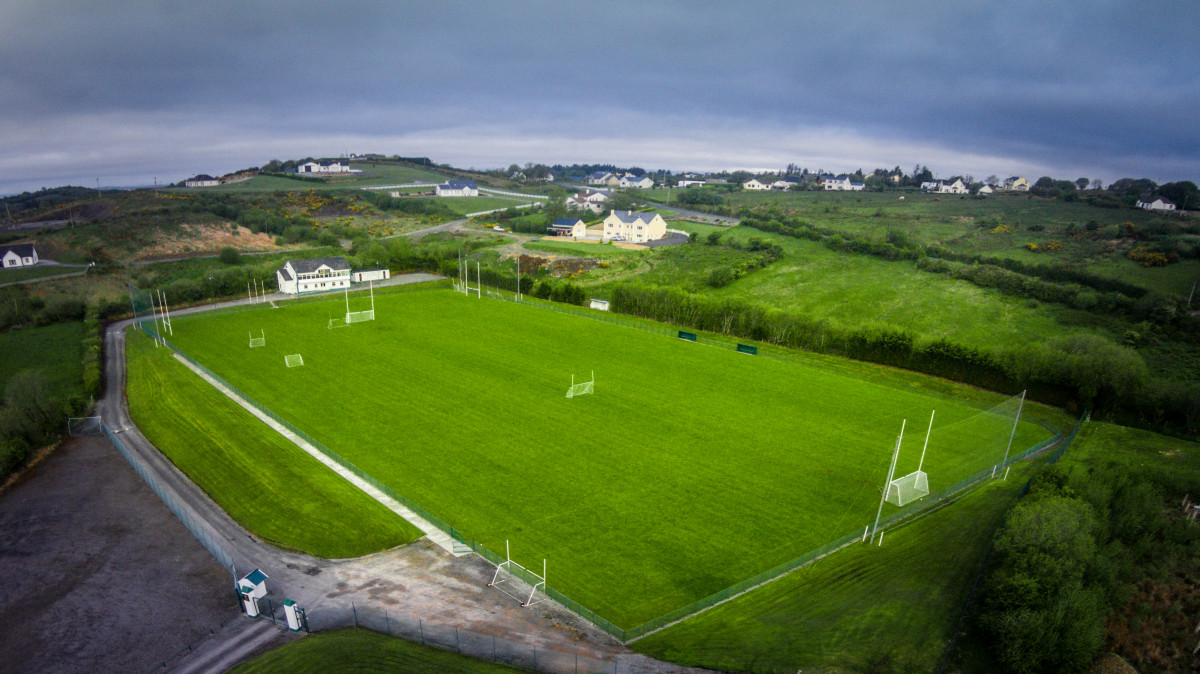 Naomh Muire, having already qualified from their opening two group games hosted a determined St Nauls side who required a result.

The visitors were simply too strong for the home side who looked as if they were avoiding a heavy defeat as opposed to seeking a win.

From the opening Stephen Griffen point and with Daniel Brennan and Lee Mc Brearty dominant in midfield it was one way traffic in the first half. Peadar Mogan was electric upfront for St Naul’s in the first half and certainly a player to watch as the championship progresses. Half time was 0-13 to 0-12 to St Naul’s

Naomh Muire came out in the second half with a bit more hunger and scored the first five scores of the half before Daniel Brennan hit the goal net for the south Donegal men, putting the game beyond doubt.

The match was delayed for ten minutes due a player injury and finished with St Naul’s and Naomh Muire both qualifying from the group and into this evenings hat for the draw for the quarter-finals.