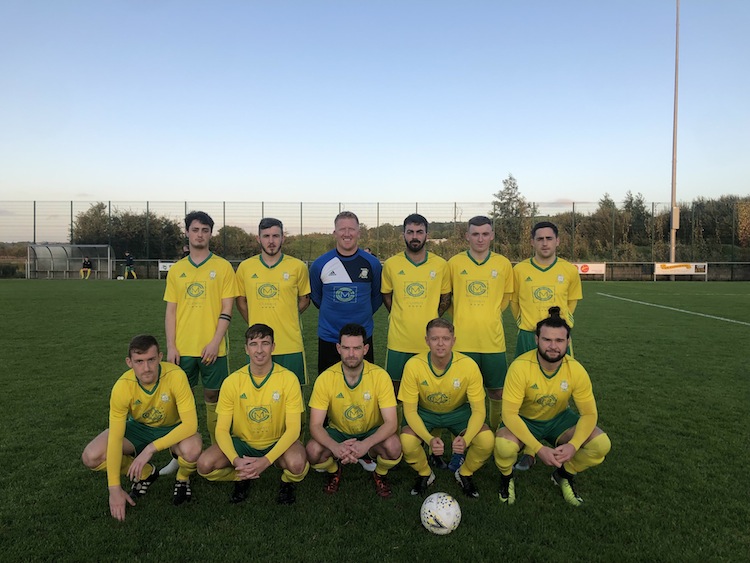 Bonagee United scored a big win at Cockhill Celtic to top their group and secure a home semi-final in the Donegal News USL League Cup.

Both teams came into this game knowing a win was essential to guarantee passage to the semis.

Even early in the season, it had the feel of a game that would lay a marker for the league campaign.

Cockhill had the first effort on target when Aaron McColgan had a shot straight at Eugene Ferry on two minutes.

Bonagee threatened when a Ryan Rainey cross was well controlled by Deano Larkin but he shot over.

Bonagee hit the front on 19 minutes when, after a surging run into the box, Jamie Lynagh produced a composed finish to chip the advancing Harry Doherty.

Bonagee doubled their lead on 34 when a quick throw in on the left side released Jordan Armstrong whose cross was converted by Deano Larkin.

Bonagee were well worth their lead and almost made it 3-0 on 40 minutes when a Rainey cross was diverted by Doherty as far as Armstrong whose volley was cleared off the line by Jason Breslin.

The second half started with Cockhill, as you’d expect, on the front foot but they were undone by a straight ball on 48 when Chris Breen sprung the offside trap before coolly slotting past Doherty.

Ferry was called into action on 61mins when he saved a Peter Doherty shot after Bonagee had charged down an indirect free kick.

Bonagee were content to hit Cockhill on the break and Breen had another effort straight at Doherty before Chris Flanagan had a volley whistle past the post after a free kick was half cleared.

Cockhill missed a great chance to get back into the game when they released Stephen Duffy on the right. His driven cross just evaded the arriving James Bradley and Adam Duffy before being cleared.

Cockhill were out of luck again on 77 minutes when a cross from Keegan Hegarty was flicked on by James Bradley to Stephen Duffy whose goal bound shot was deflected wide for a corner.

That was the last clear chance in a game that Bonagee comfortably saw out to advance as group winners.