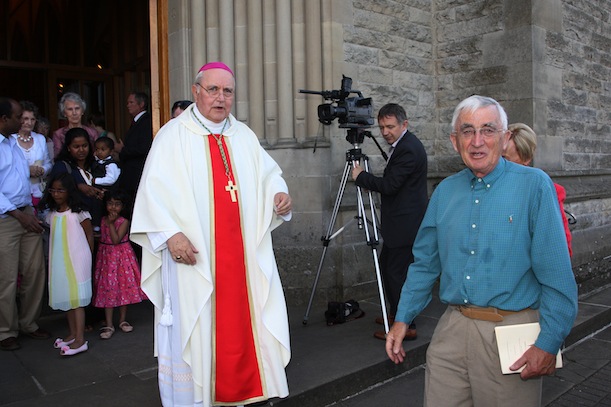 Bishop Séamus Hegarty to be laid to rest today

The former Bishop of Raphoe and Derry, Séamus Hegarty, will be laid to rest today (Mon) in St Eugene’s Cathedral.

On Friday last, Dr Hegarty died at Letterkenny University Hospital, where he was receiving treatment.

He led the diocese of Derry from 1994 to 2011, when he retired due to an “irreversible and progressive” illness.

Before that, he served as the Bishop of Raphoe.

Hegarty, who was from Kilcar, had been Bishop of Derry from 1994 to 2011 having served as Bishop of Raphoe.

During his tenure, Bishop Hegarty caused controversy on a number of occasions for his response to the issue of clerical child abuse.

In 2005, he apologised to Derry parishioners for not telling them that some of their donations were going towards a central church fund to support victims of clerical sex abuse.

The Stewardship Trust was set up by Irish bishops to provide financial redress to victims and to fund child protection initiatives.