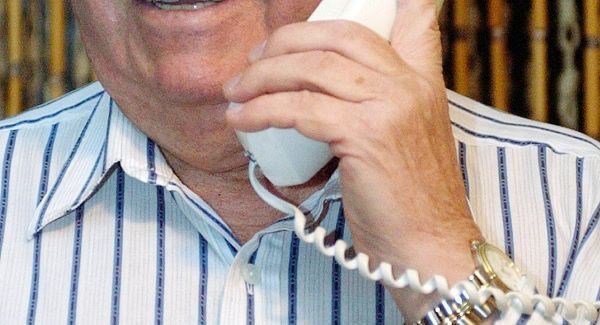 Gardai have issued advice to residents in Donegal following complaints online from members of the public claiming to have received scam phone calls from someone pretending to be from Eir.

Several people have claimed on social media to have received dubious calls in which an automated voice claims to be ringing on behalf of Eir.

It is believed that oftentimes, calls of this nature are an attempt to obtain personal details or a sum of money from unwitting individuals.

It is the latest in a spate of incidents, including burglary and impersonation fraud in the county in recent days.

Gardai in Letterkenny said one male had received a call today from someone claiming to be an Eir representative; seemingly knowing a lot of personal details.

The fraudsters requested the Donegal resident to input an eight-digit code into his laptop or computer.

They claimed that the broadband box associated with his account had a virus.

However, once the Donegal man had asked to speak to a supervisor he was passed to another male to further discuss the matter.

He later ended the call and contacted the Irish telecommunications company who advised that they would never make such a call.

Gardai have asked people to remain viligant and report similar incidents if they occur.

Eir is advising the following if you receive an unsolicited call:

Donegal public warned of scam call from fraudsters claiming to be from Eir was last modified: September 25th, 2019 by Stephen Maguire
FacebookTweetLinkedInPrint