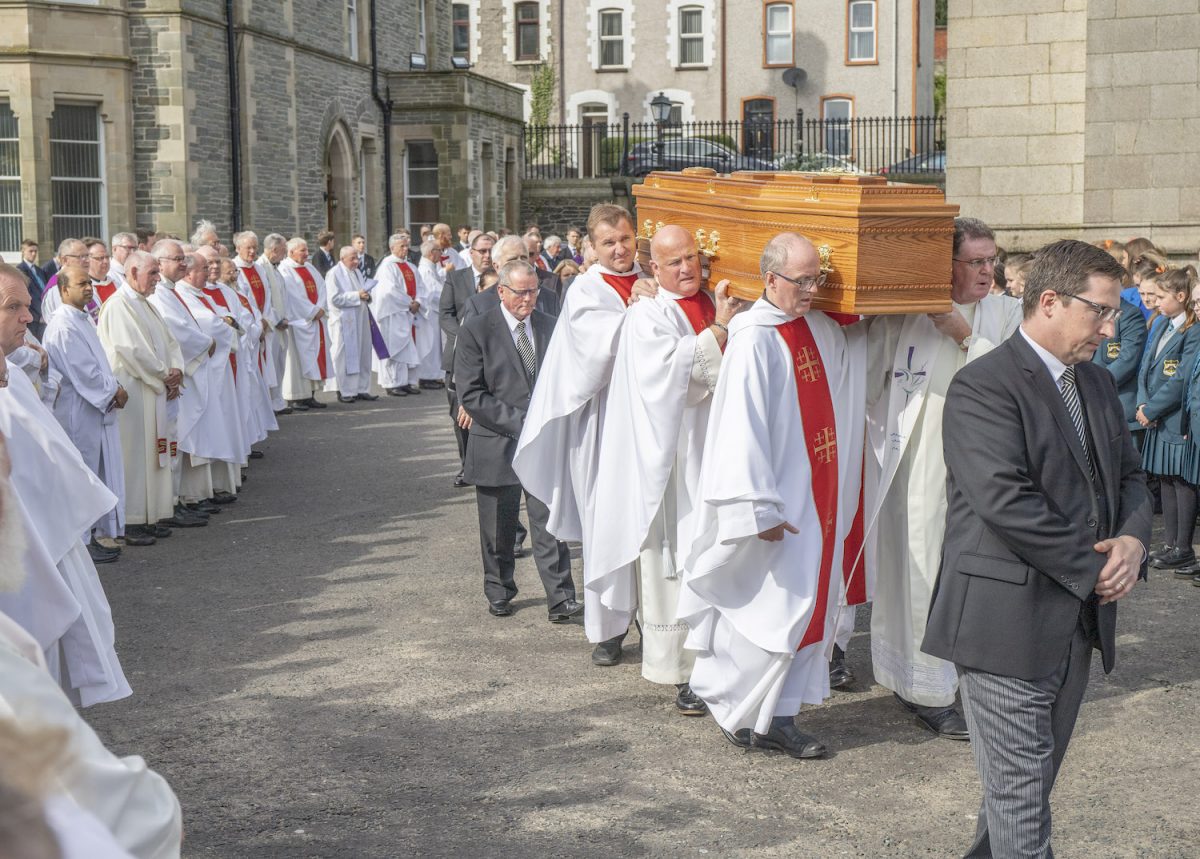 The attendance included Archbishop Eamon Martin, Donegal TD Pat the Cope Gallagher, representatives from local schools, as well as people from all walks of society. 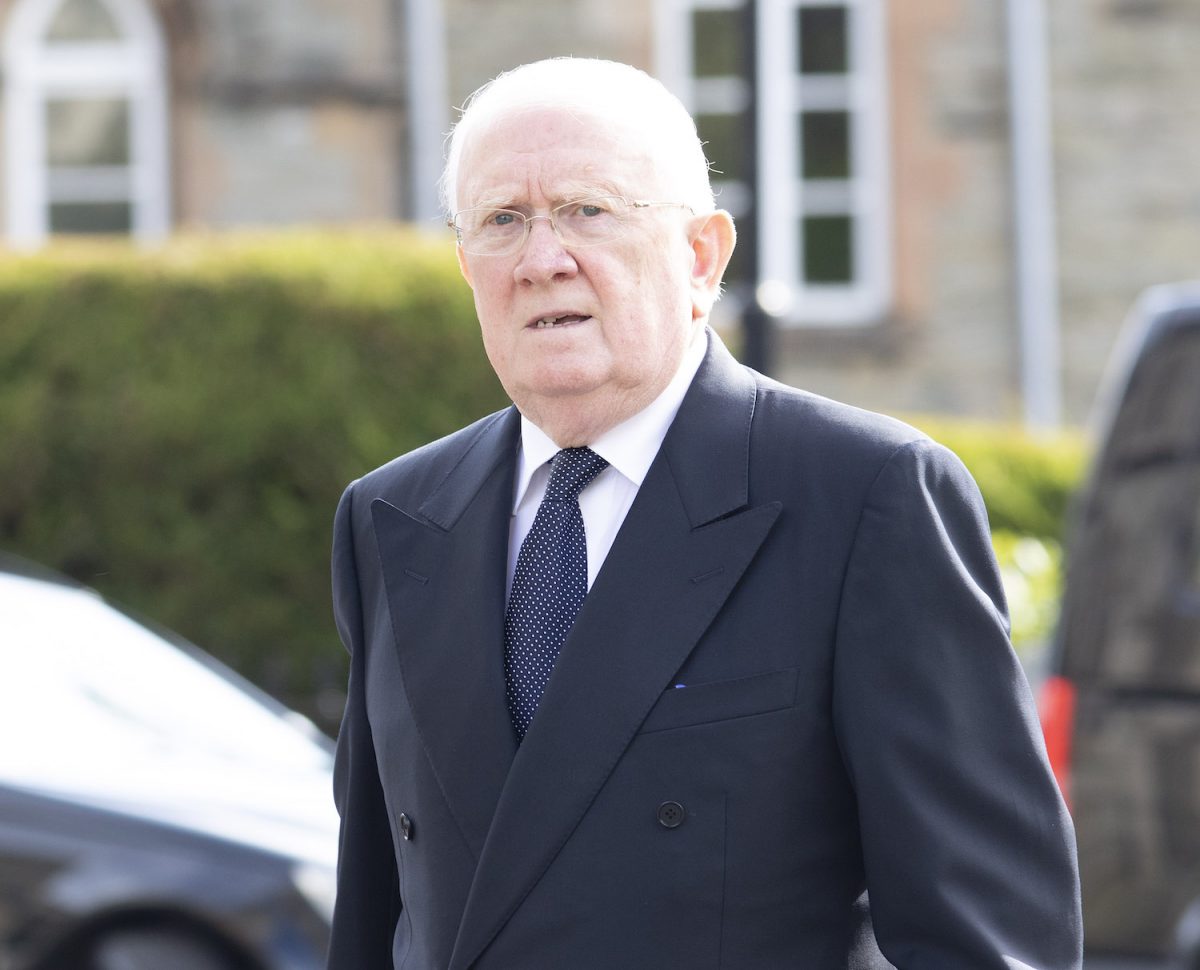 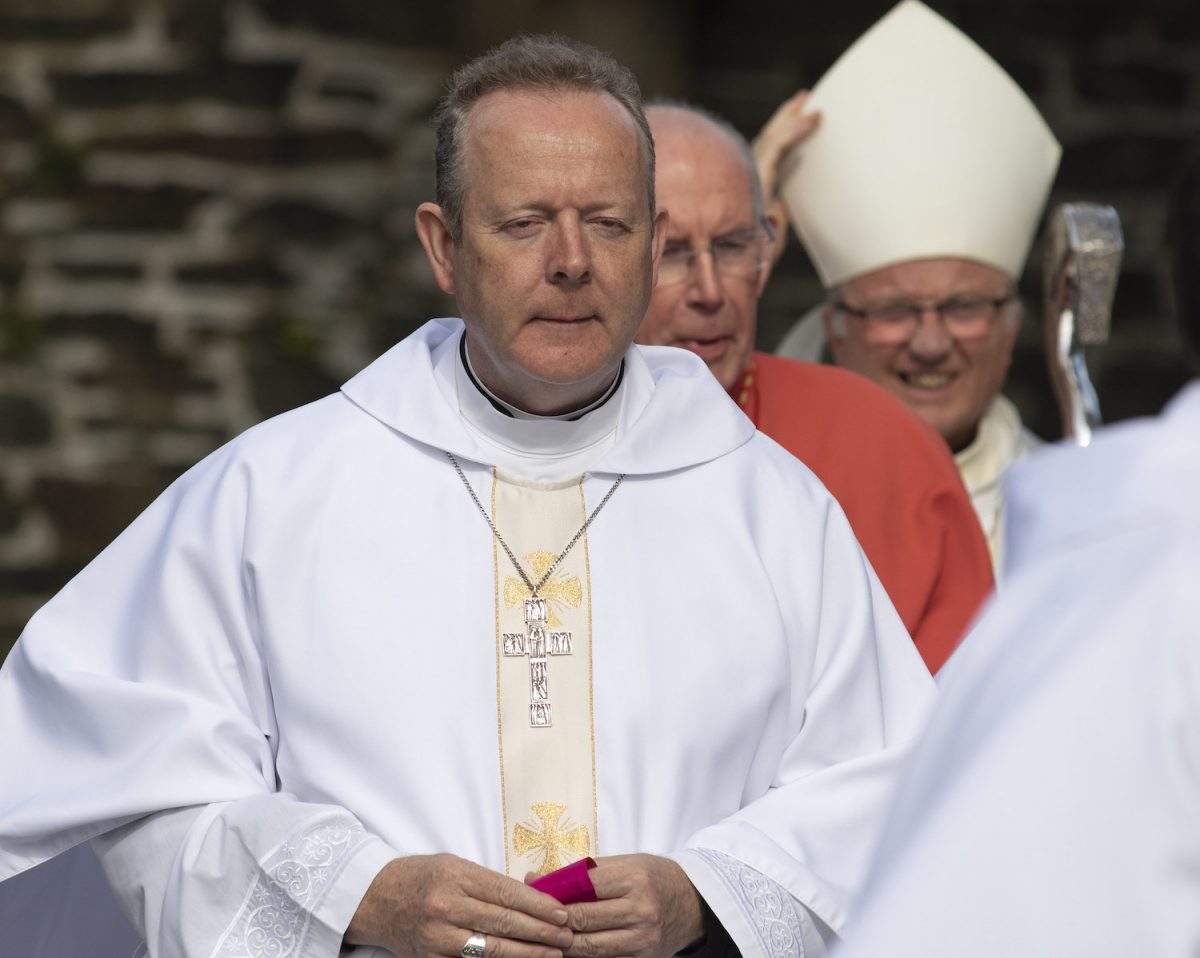 He received his early education in Kilcar National School, Saint Eunan’s College, Letterkenny, and Saint Patrick’s College, Maynooth, which he attended from 1959 to 1966.

He graduated in Celtic Studies and was fluent in Irish, English and German. He was ordained to the priesthood at Saint Patrick’s College in June 1966.

Prior to his appointment as bishop, he served as curate in Stranorlar. Hegarty was later appointed as Bishop of the Diocese of Raphoe in February 1982.

Following the resignation of Bishop Edward Daly on 26 October 1993, Bishop Hegarty was appointed Bishop of the Diocese of Derry in October 1994 and was installed at Saint Eugene’s Cathedral in November 1994. 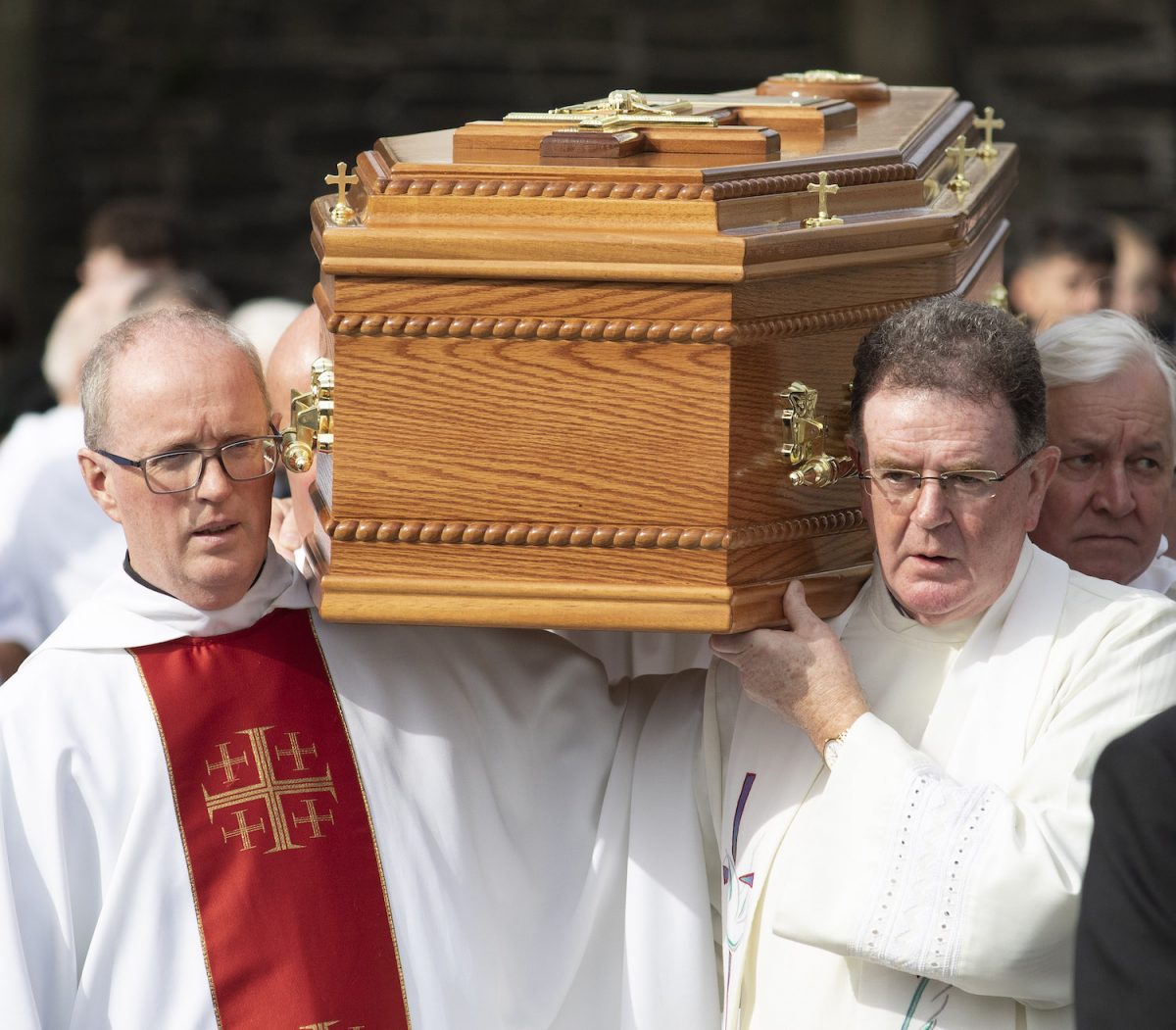 The remains of Bishop Hegarty is carried from St Eugene’s Cathedral, Derry to his last resting place in the ground of the Cathedral.(North West Newspix)

In his homily, Bishop Donal Mc Keown revealed that Dr Hegarty had suffered over the last eight years since his retirement in 2011 with dementia.

Describing the illness as ‘a cruel affliction’ and how ‘much of the person has died long before the heart ceases to beat’.

Bishop McKeown told mourners the former clergyman, severed under ‘very challenging years North and South, partly connected with the Troubles, where – like many church people – he used all possible channels to stop killing and to build bridges.’

Bishop McKeown said: “He had a deep sense of commitment to Irish emigrants.  Many had to leave this island because of unemployment and other reasons.  Some ended up in dire poverty abroad and he worked tirelessly to support the emigrant chaplaincies around the world.

“He had a passion for education and many of the excellent schools in Derry diocese were built in his time.

“From personal experience, he knew how fragile and precious human life is and was very strongly committed to the pro-life movement.” 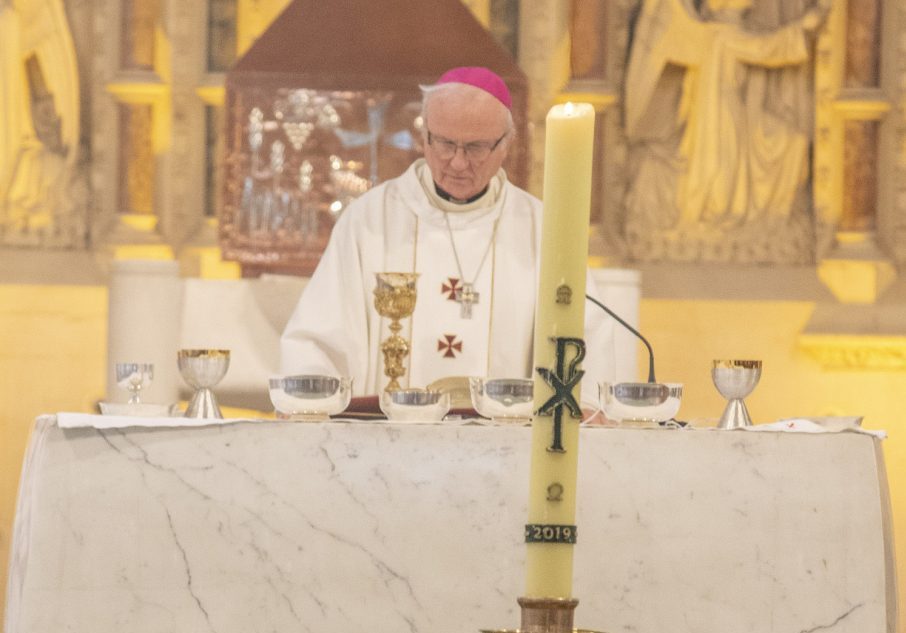 Bishop Donal McKeown who was the main celebrant at the funeral of the late Bishop Hegarty. (North West Newspix)

The Derry Bishop also reflected on Hegarty’s serving years that ‘were also heavily marked by the revelations of child sexual abuse’.

He added: “Terrible crimes had been inflicted on young people across this country and around the world – and, for a range of reasons, grave errors were made in responding to the wave of allegations.

“That has all left a legacy of pain, alienation and mistrust.  The Diocese of Raphoe and Derry were no different from anywhere else.

“He knew as well as any that we come before God, never boasting of our achievements nor crushed by our failures but trusting in the Cross of Christ.

“Only the often-uncomfortable truth can set any of us free.”

Priests from the Diocese of Derry carried the remains of Bishop Hegarty on his final, short journey.

His remains were laid to rest in the cathedral grounds.