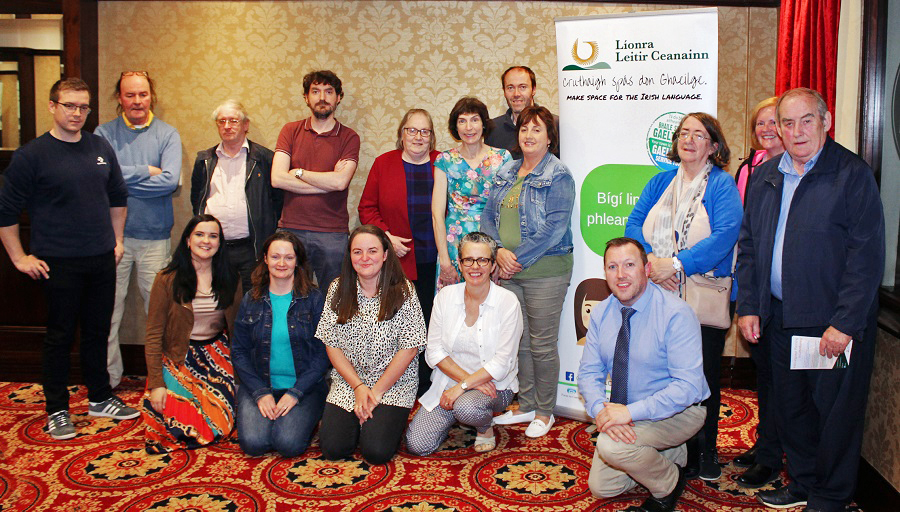 Irish language social hubs, culture nights, language lessons and many more exciting events could be in the pipeline for Letterkenny in the years to come as the town develops its own Irish Language Plan.

Over the next seven years, Letterkenny will create and implement a plan to encourage a positive approach to Irish in everyday life. The town will gain significant investment to support its role as a Gaeltacht Services Town in both the business and public sectors.

Líonra Leitir Ceanainn, the body appointed to draft the language plan, held an open evening on Wednesday 18th September to gain feedback from members of the public on what they believe the plan should contain. The meeting builds on a business-focused event which was held in June. Both focus groups will lead to a public consultation in the future and a dedicated person will be employed to implement the plan and use the resources and funding that will be available. 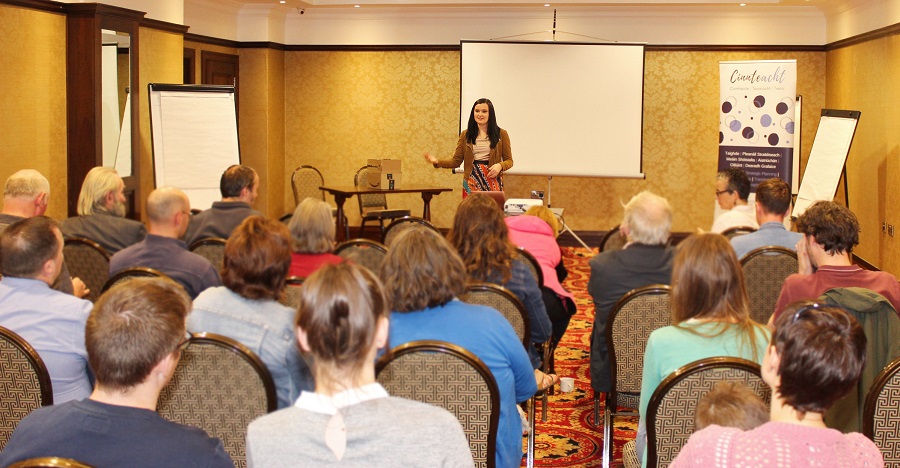 Meeting facilitator Ursula Ní Shabhaois from Cinnteacht explained that every person in Letterkenny with an interest in the plan will have an opportunity to have their say on the project.

She said the Letterkenny Plan is “a local plan, by local people, for local needs”.

Wednesday’s public event explored practical ways to make space for the Irish language in everyday life in a variety of ways: through learning, connecting with young people and families, through business, social events, fostering greater use of Irish in the home, in the media and in public services. 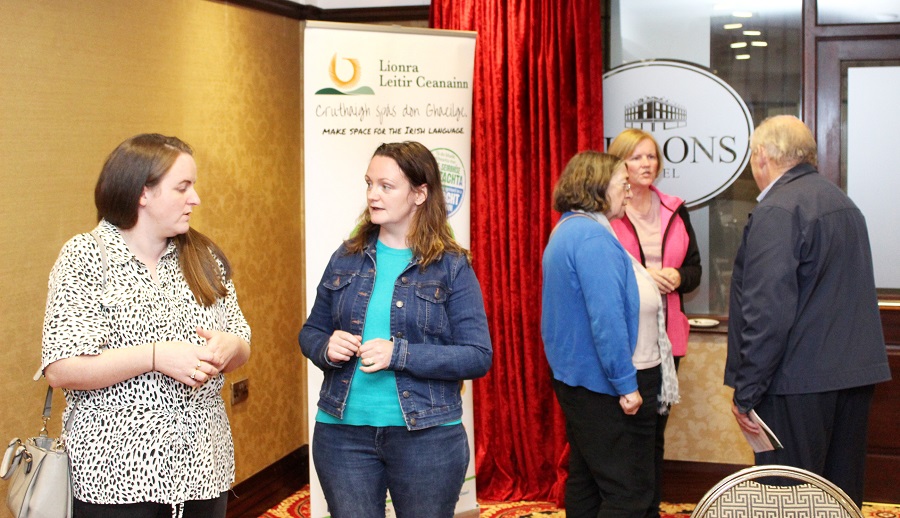 Attendees at the meeting held an engaging discussion on how an Irish language hub could benefit many groups in Letterkenny, such as a parent/toddler group, conversation groups or a book club. People commented that it would be important to have a central location or various spaces for locals to drop in for tea/coffee and events where they know the Irish language will be spoken.

“A central hub would not only encourage language there but it would normalise it outside,” said Ursula Ní Shabhaois. She said a hub could become part of the plan’s long-term vision and would fulfil one of the plan’s key aims: “Creating links between Irish speakers.” 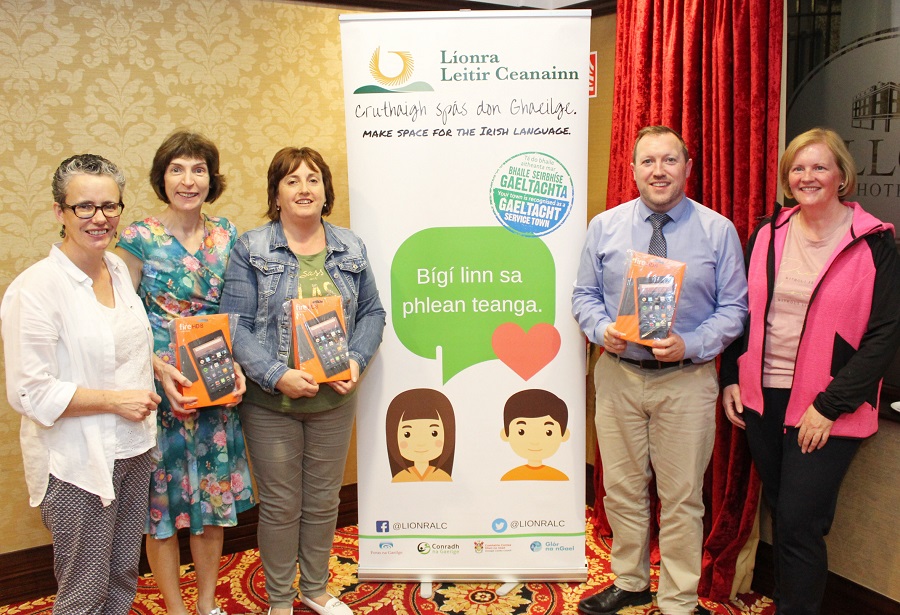 Another aim of the plan is to make language learning more accessible to all. Bairbre Uí Chathail, Chair of Líonra Leitir Ceanainn said that she would like to see a database developed in the plan to show people where Irish is taught and where local groups are hosting events. Ursula Ní Shabhaois added that a clear pathway of learning Irish, from beginning to fluency, would benefit anyone with an interest.

Other attendees suggested enjoyable ways to encourage a culture of positivity around Irish, such as ceilí nights, more pop-up Gaeltachts and working with schools to support teachers in speaking Irish.

“This plan is about making things simple for people so they want to do things, not feel obligated to do them,” Ms Ní Shabhaois said. She said that all the language planning bodies in Donegal will soon be united in a forum to work together and share ideas. 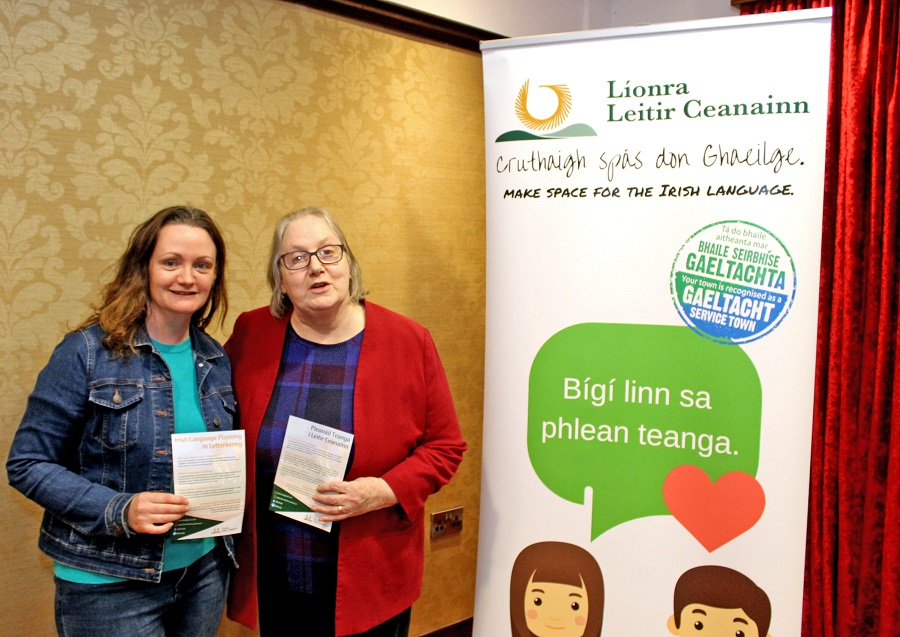 In the meantime, the positive meeting raised many suggestions for a time of change in Letterkenny.

All members of the public and businesses are invited to make their suggestions or request further information on the Letterkenny Irish Language Plan by visiting https://www.lionraleitirceanainn.ie/ or emailing Ursula Ní Shabhaois, Cinnteacht at ursula@cinnteacht.ie.