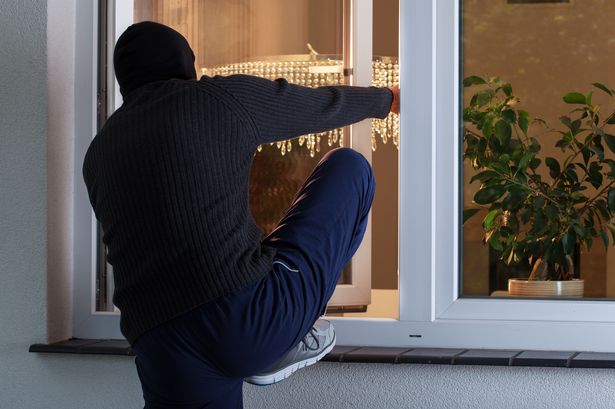 Gardai have appealed to the public to remain vigilant for friends and relatives who have suddenly found God following a spate of ‘mass’ burglaries in the county.

It has now been revealed that FOUR homes belonging to pensioners were robbed while they were at mass last weekend.

At first, it was thought that just two homes were broken into in the Killea area while pensioners prayed on Sunday morning last.

Money was stolen and two neighbouring homes were ransacked when thieves broke into houses in the border village between 9am and 10am.

However, Gardai have now revealed that two more homes were broken into the night before while pensioners attended mass in the Twin Towns of Balybofey and Stranorlar.

Thieves kicked in a back door on one house and smashed a rear window in another as they escaped with cash on Saturday evening between 5.50pm and 7.10pm while the elderly owners were at mass.

This brings to six the number of homes which have been broken into and ransacked while the owners were at mass in the past two weeks alone.

Garda Sgt Eunan Walsh said he is asking people to keep an eye out for others who have suddenly started going to mass.

“We would also appeal to the families of people who may be carrying out these crimes who may notice them suddenly going to mass or claiming to go to mass.

“Also if someone comes back into the house and is wearing gloves when it is not that particularly cold just yet.

“The people who are carrying out these crimes are living amongst us and have certain knowledge as to the movements of people and when they are and aren’t at home.

“These are the small details which could make all the difference in helping to bring these people to justice,” he said.

He also appealed to people to activate alarms if they have them when going to mass and not to store cash in their homes.

“The days of just popping to the shop or mass and leaving a door unlocked are over. These people are obviously watching people coming and going to mass and monitoring their routines.

“We would appeal to people to store cash in their homes and always put the alarm on in their home if they have one when going out,” he said.

Sgt Walsh confirmed that they are studying CCTV footage of two men wearing gloves in and around the Twin Towns area at the time of the two raids on Saturday evening.