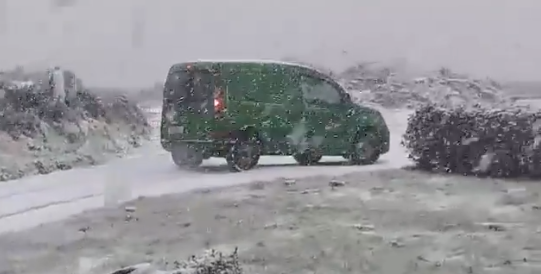 written by Staff Writer September 24, 2019
FacebookTweetLinkedInPrint
Residents of a Letterkenny suburb has issued an SOS for grit boxes before the winter weather kicks in.
The Long Lane Area Residents Association is making the appeal to anyone who can donate old grit boxes, coal bunkers or any similar containers.
A spokesperson said last year’s cold winter saw many cars unable or struggling to make it up or down the long and steep road.
And this year, the Residents of Long Lane want to be winter-ready.
Residents applied ot the council but were told that while the council does provide grit, it does not provide grit boxes.
Now the residents are making an appeal to anyone who can help them.
A spokesperson said “We spoke with the council and were very upset to hear that no grit boxes were provided. We urge anyone at all who can donate any old large containers so we don’t have struggle or be unable to travel up and down the Long Lane.”
The residents group can be contacted through Facebook at ”Long Lane Area Residents Association” or through email at ‘longlaners@yahoo.com.
Letterkenny residents appeal for donation of grit boxes was last modified: September 24th, 2019 by Staff Writer
FacebookTweetLinkedInPrint
Tags:
boxesgritletterkennyLong Lane