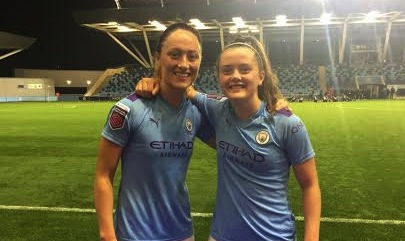 Toland plays as City cruise through in Champions League

TYLER TOLAND played tonight as Manchester City thumped Lugano 4-0 to move into the last 16 of the Women’s Champions League.

City had won the away leg in Switzerland 7-1 – and Nick Cushing’s team stormed to victory tonight at the Academy Stadium.

Toland made her City debut in a 5-0 win over Leicester City in the Continental Cup on Sunday and the St Johnston woman retained her place in the XI tonight.

Janine Beckie scored a hat-trick while Pauline Bremer added a fourth 12 minutes from the end.