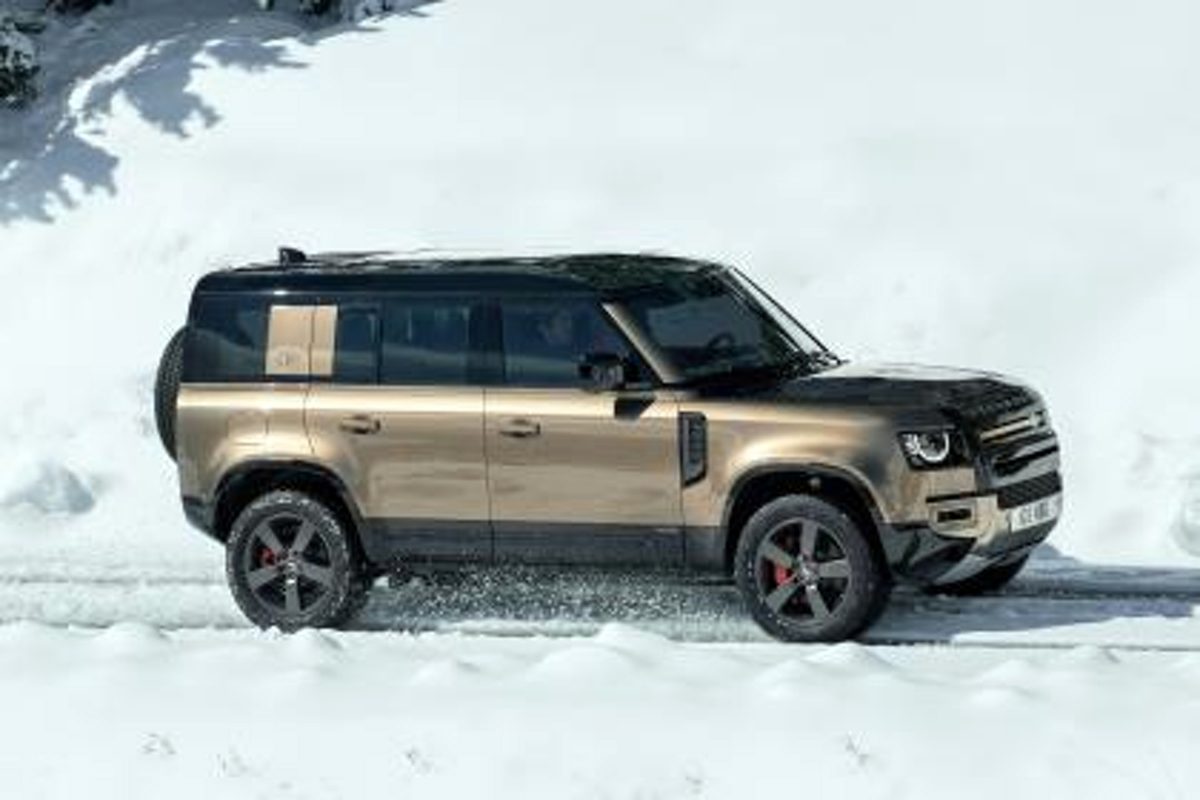 The word is finally out, after a long wait of over a decade since Land Rover and Jaguar Group were taken over, and the production of the old defender finally came to an end three years ago, images of the new replacement Defender are now circulating.

The new model is due to be available at the start of next year.

It’s the five-door long-wheelbase version, which will be available first followed by the short wheelbase two-door before the commercial version with any amount of engines types and finishes. 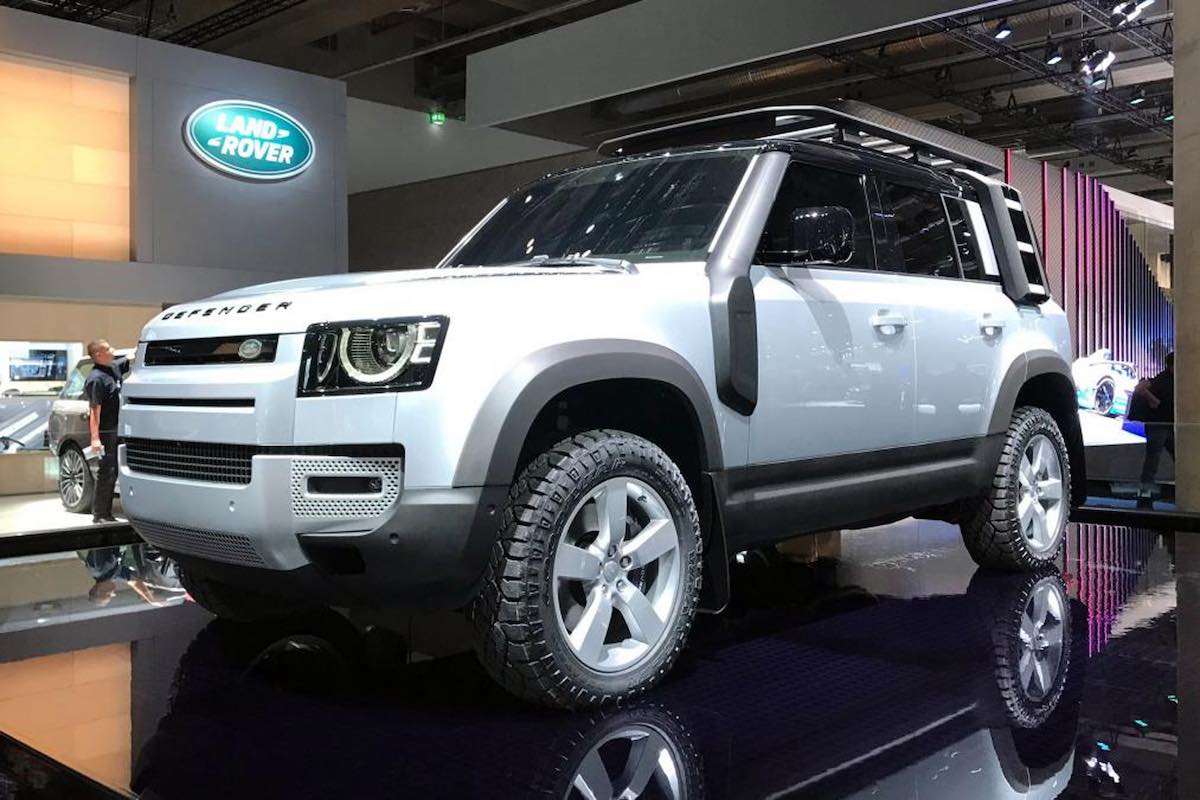 The new Land Rover defender which will hit the roads next year.

Only available in automatic, it has a chunky square look to it.

The Defender might have a rugged look to the exterior, but it’s the interior that will tell you that this new Defender is aimed firmly at the luxury side of the market.

From the pictures and the videos released so far the new Defender looked a lot different from the original Defender it replaced, which was in production for over 60 years and instantly looked the same overall them years.

Mrs McMorrow’s brother had a Land Rover. She was our neighbour in Wolfe Tone Place.

He would call to visit and we would gather around to look at the rare looking yok with a canvas cover on the back.

The engine sounded a lot louder than all the other cars, I think it might have even backfired one day leaving the estate. 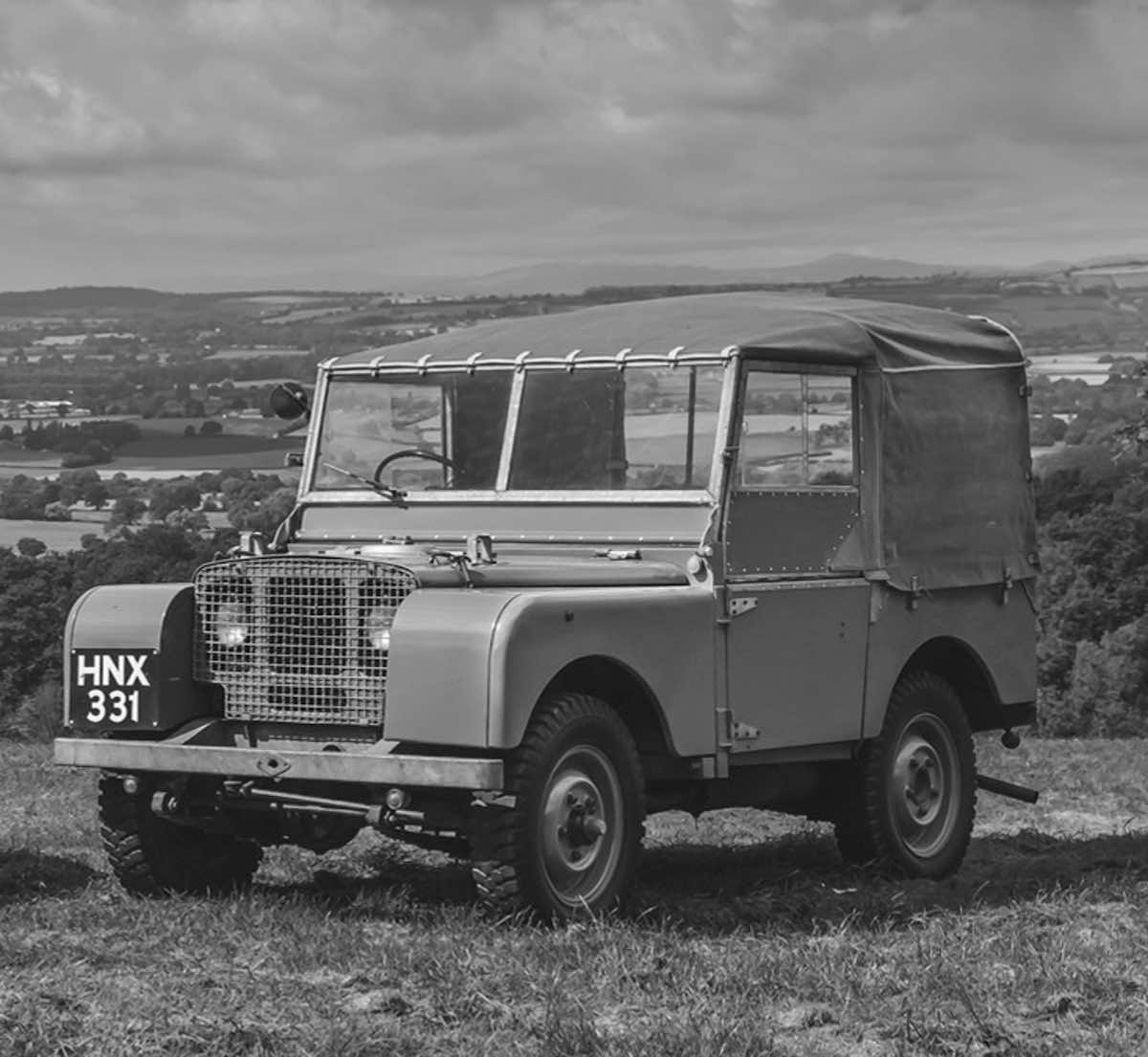 One of the very first Land Rovers not unlike the first one I seen in the green in Letterkenny.

Then one day the road out of the estate was blocked by a travelling shop selling messages.

Mrs McMorrow’s brother got fed up waiting and just eased his Land Rover up onto the high kerb and into the green and made his way up through the grass out on to the main road.

When I was small that kerb look big, too big to drive over but this odd-looking yok went over it with ease.

In 1968, I purchased my Land Rover, it was the long-wheelbase version and had windows on the side of it rather than the canvas on the back.

My Land Rover wasn’t made in Solihull but was manufactured by Matchbox and my mother gave me the money to go into Toyland and buy it by myself on my birthday. 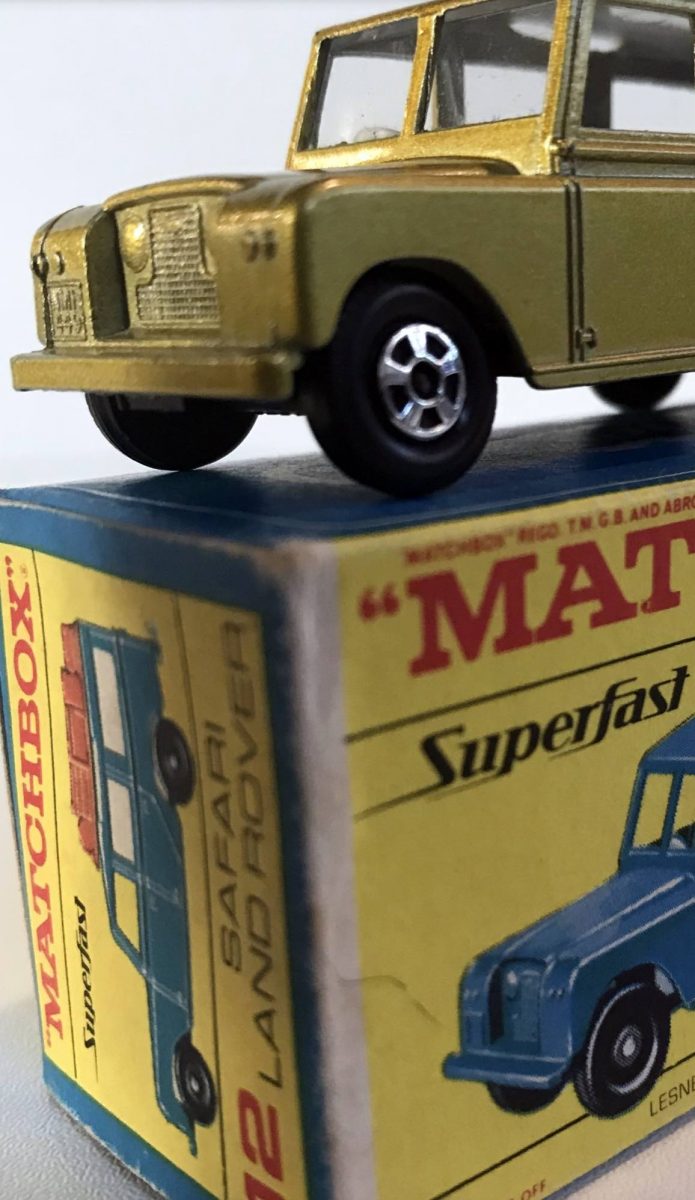 The first Land Rover Defender for many, like myself was the one that Matchbox made for children.

The detail on them early matchbox toys filled the imagination on a young four-year-old motoring fanatic like myself.

I drove mine up over the kerb and into the green just like Mrs McMorrow’s brother did.

I drove it along the top of the hedges in Wolfe Tone place when we were going a walk.

I drove it up the back of the seats in the chapel and the four wee groves in the oak seats seemed to fit the wheels perfectly. 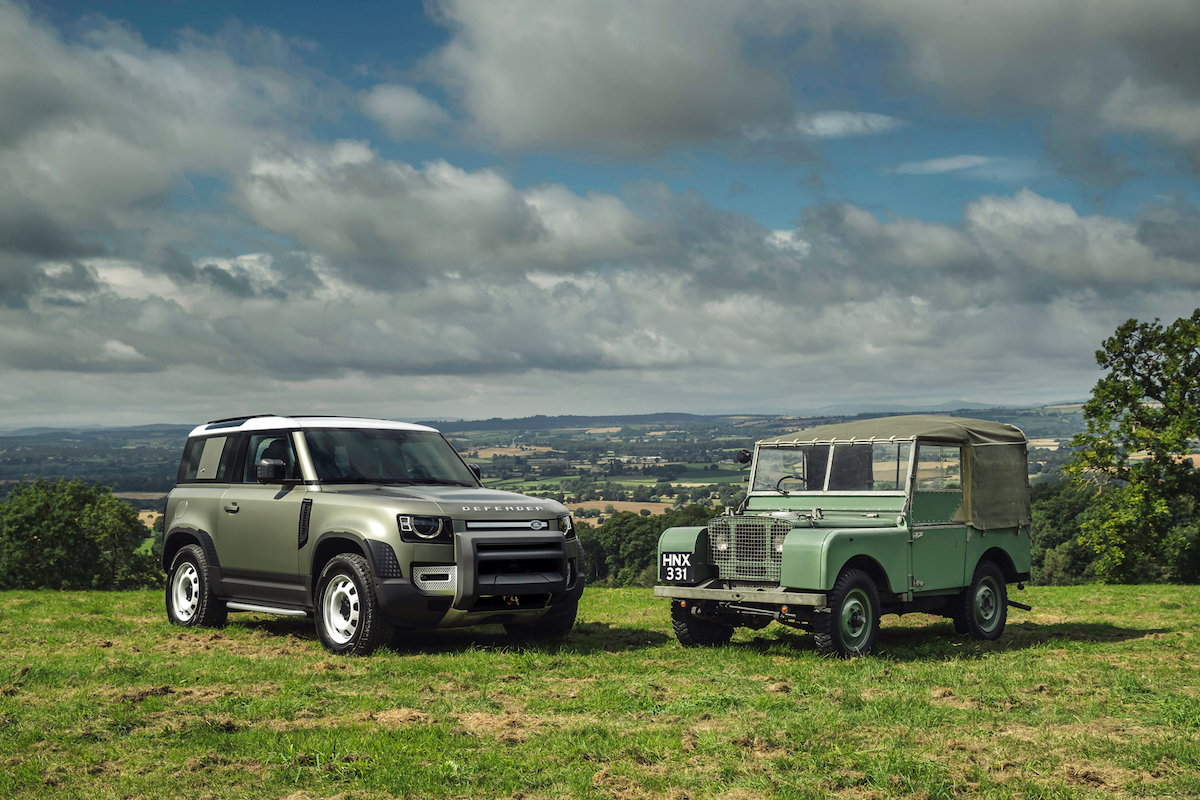 Out with the old and in with the new. One of the first of the Land Rovers when production started in the late 40’s and one new Defenders which will launch at the start of next year, 2020

On occasion, the customs lifted my Land Rover in the chapel, i.e, my mother, when I made too much noise, making the sound of its engine and was locked up in her handbag.

I was back in business after mass when normal service was resumed and my Land Rover was released and I was soon driving it along any wall I was tall enough to reach up to.

I even was away on safari in my imagination when I was driving through the sawdust on the floor of Doherty’s butchers, which doubled up for the sands of the Sahara Desert.

In 1978, I got to drive a Land Rover for real working in Hegarty’s Ford Garage. Even at fourteen years of age, you were nearly expected to be able to drive if you were working in a garage.

Hegarty’s had a Series 2 short-wheelbase version which always had a tow-boy winch to the back of it.

It was their break down vehicle. You needed to have your wits about you driving their old Land Rover.

The drum brakes were bad, the steering was a very low ratio and the gears had no synchromesh, and then to add to that, it was nearly impossible to reverse with the tow-boy attached as you couldn’t see it in the rear-view mirrors as it was narrower than the Land Rover.

I learned to drive it out around the pumps and down around the back of the garage. 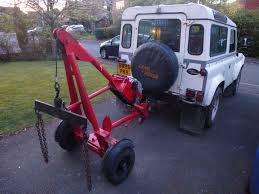 A view of what a Tow-Boy looked like behind a Land Rover Defender.

The opportunity arrived when our boss Andy Hegarty supplied his Land Rover to the Donegal Motorclub as a recovery service vehicle for the annual Hillclimb at Knoclkalla and I was asked if I would go down and give the club a hand to operate the tow-boy winch if it was needed.

For the duration of the Hillclimb, the Land Rover sat on standby up for the start on a side road-ready for action, but the event passed without incident, that was until the very last run when one of the single-seaters when straight on at the first hairpin and ended up wedged on top of the barrier.

Spectators were trying to lift that car back on to the road but it was still snagged on the barrier.

Then the radio message was sent down to send up the recovery vehicle.

All the evenings of driving around the pumps were put to the test as I made my way down the side road in a plume of dust onto the bottom of the hill climb stage.

I nearly rolled the recovery vehicle when I went to cut up the hill and for a moment I got my first ever sighting of the tow-boy in the rearview mirror as it also bounced on the road behind me.

Thankfully, everything settled down and we were on our way.

Inside the Land Rover it sounded as if we were flying with the roar of the 2.25 petrol engine and the whirl of the heavy grip tyres on the road, but to the spectators on the hillside who were watching Rally cars and single-seater flying up the side of the hill, the Land Rover probably looked as if it was stopped. 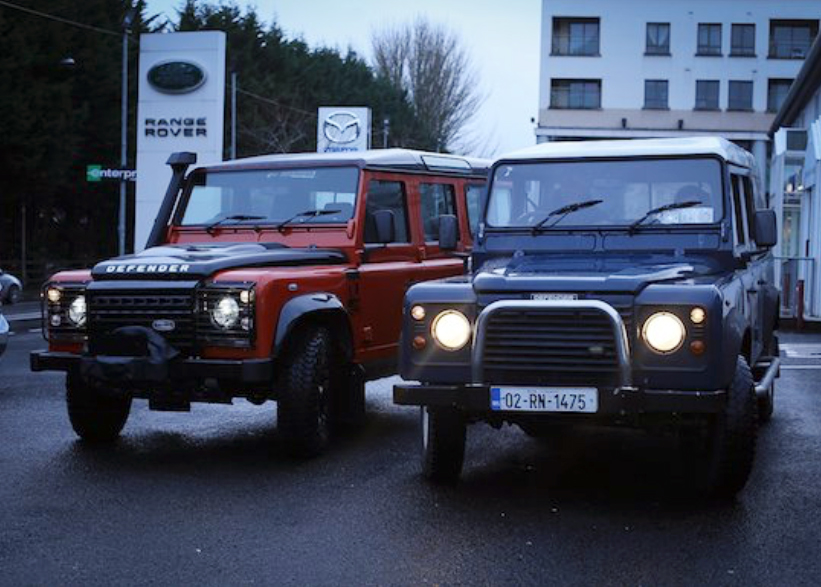 The last Defender to sold in Donegal back a few years ago pictured along side an 2002 version. Photo Brian McDaid.

I was in the moment when approaching Wilhare’s corner with a firm grip on the big wire-spoked steering wheel leaning over into the corner brushing against the ferns along the left hand side of the road and then letting the Land Rover drift out over the white line in the middle of the road at a top speed of probably not more than 40pmh.

With headlights blaring, I arrived at the hairpin only to find that the stricken car had managed to release its self on its own power from the barrier and had gone on to the top of the hill.

I was waved down and swung around and go back to my position at the bottom of the hill which I managed to do in one cut and not be caught trying to reverse with a tow-boy that I couldn’t see in front of a crowd at the hairpin.

Going down the hill was better than going up as a couple of my school mates spotted me on the way up and here roaring Hey McDaid to me on the way back down again. 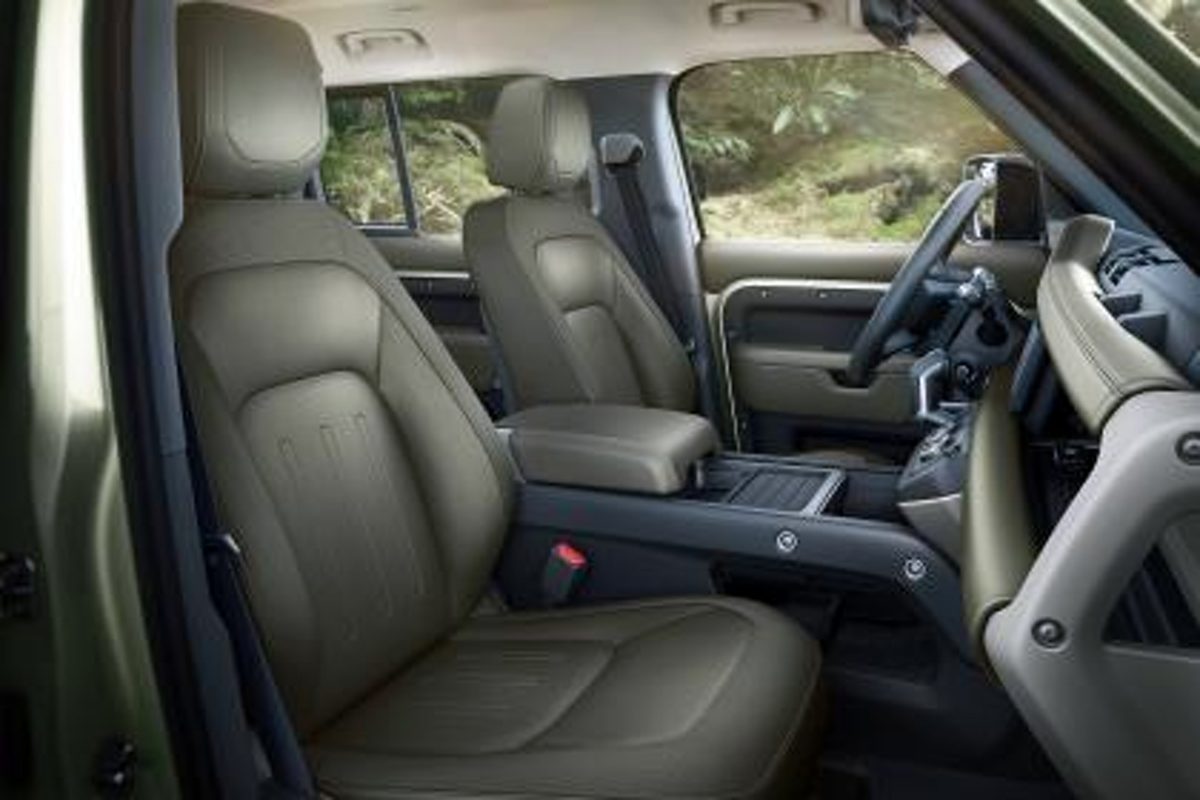 A completely different interior to that of the old Land Rover.

A few years ago were had a drive in the last Land Rover Defender which was sold in Donegal by McGinley Motors.