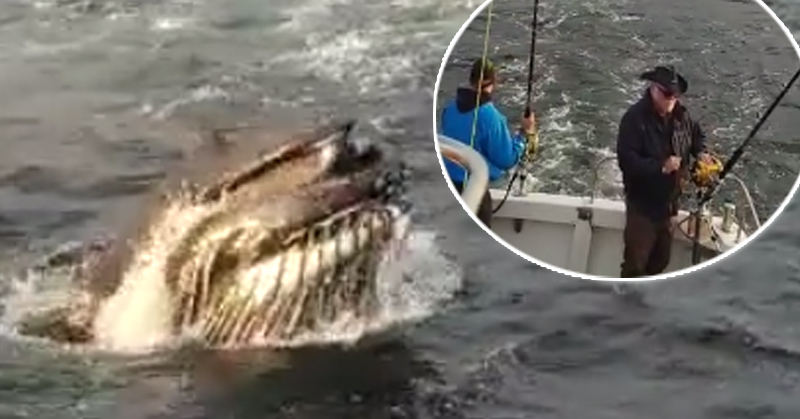 Watch: The humpback is back for an amazing encounter with fishermen

A local fishing crew caught a lot more than they bargained for when they caught a glimpse of a humpback whale in Donegal Bay on Tuesday.

The mighty creature was spotted off South Donegal among schools of dolpins and bluefin tuna.

The whale wasn’t shy either, as it surfaced only a few feet away from the fishing boat.

The amazing marine moment was caught on camera and shared by the Donegal Irish Whale and Dolphin Group, but viewers are advised that the video contains expletives:

These events follow another sighting of a humpback whale off St John’s Point on Sunday. Sightings are expected around the Irish coast at this time of year as whales come to their seasonal feeding grounds. However, two whales in Kerry baffled researchers after returning to the region together 20 years after their first recorded sighting.

The Donegal branch of IWDG advised that there is a good chance of seeing the humpbacks off the north west coast at St John’s Point, Sliabh Liag and Carrick.

If you do see the whales, the public is asked to report all sightings to the Irish Whale and Dolphin Group.

Watch: The humpback is back for an amazing encounter with fishermen was last modified: September 26th, 2019 by Staff Writer
FacebookTweetLinkedInPrint
Tags:
CoastfishHumpback WhaleMarine