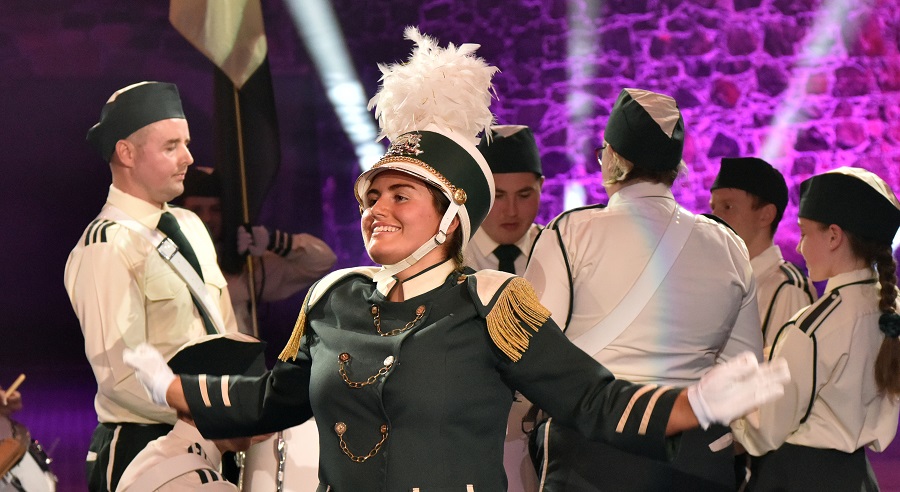 The Maghery Band from Donegal made their exciting debut at the Belfast International Tattoo in the SSE Arena earlier this month.

20,000 spectators across 3 shows were introduced to the Donegal spectacle in the second half of the Belfast International Tattoo show ahead of the finale number and wowed the audience. 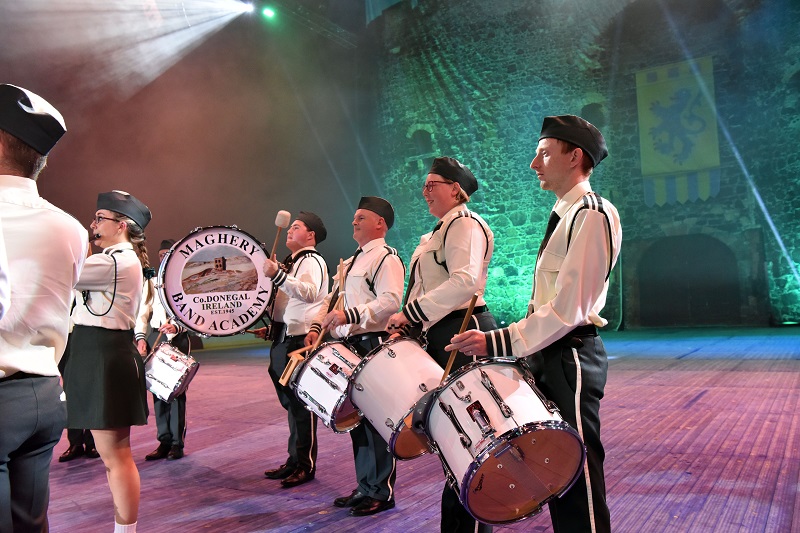 The audience were intrigued by the entertaining band whose innovative and masterful performances have advanced their status.

The band themselves found this to be an inspiring experience. Despite having international and All-Ireland-champion status, members had, until now, mainly performed for thousands in passing. To experience thousands of spectators focused on you for an entire 15minute performance and embrace their reactions along the way was so exciting for the group. 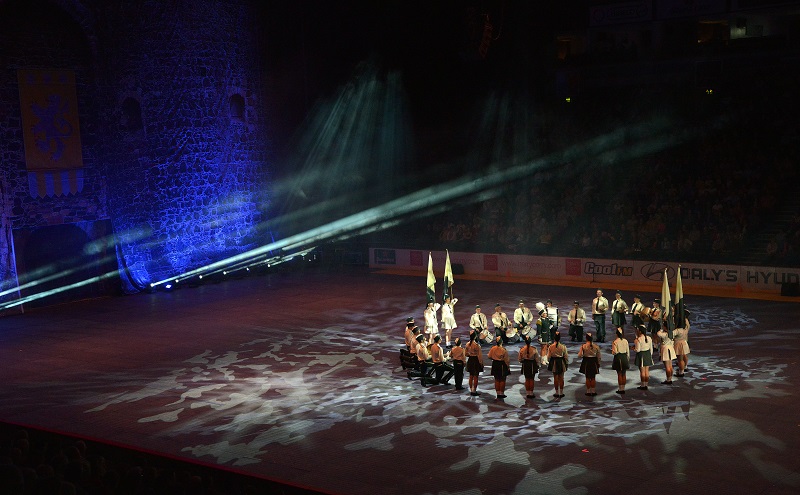 It was an honour for the band to be embraced as they were at the Belfast International Tattoo.

Local supporters and those from the Maghery and Dungloe community travelled to Belfast to also witness the band debut on the magnificent Tattoo stage. Messages of the locals’ pride in the band flooded in over the course of the four days that they were in Belfast.

Brian Wilson and Colin Wasson, organisers of the Belfast Tattoo, made the Donegal band feel right at home on the grand Tattoo stage. This is the beginning of a great Tattoo career for the band who now plan to develop their routine for the Tattoo stage. 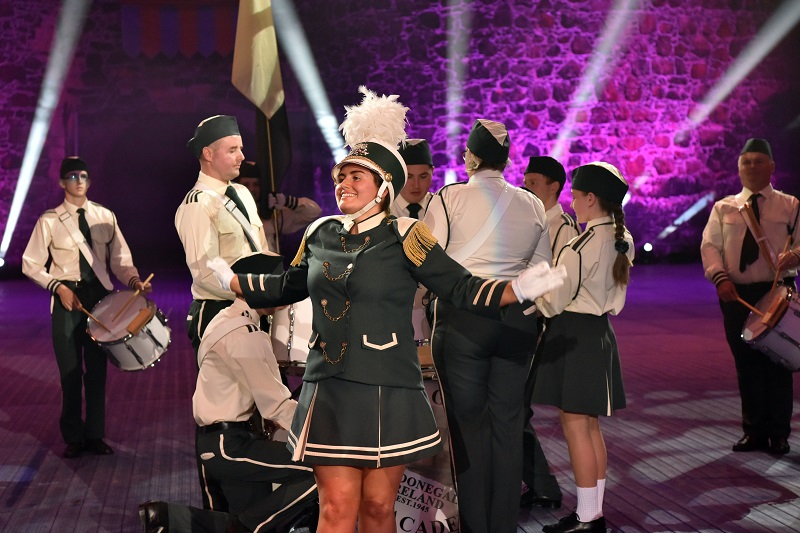 The band found this to be a great learning curve in performing and the memories and experience for the youth and adults alike involved is one that they will cherish for a lifetime. This has been an inspiring year for the performing academy known as Maghery Band and they show no signs of slowing down.

The Maghery Band are inundated at present with worldwide invites. As a voluntary and non profit group they will have to plan these invites as well as they can so they can undertake fundraising efforts all whilst representing Maghery, Dungloe, Donegal and Ireland as a whole.

Information for new recruits and auditions for the academy can be obtained from Annemarie, chairperson, drill and drum major instructor on 0879247837. 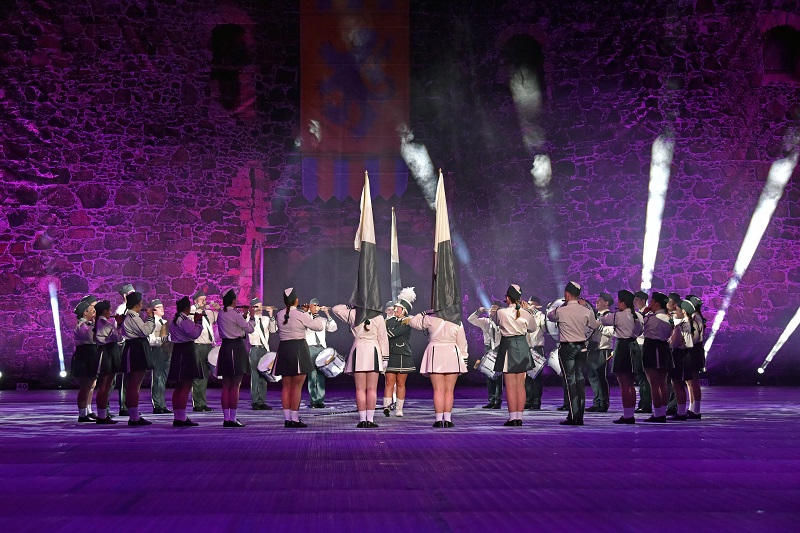 They invite young and old who have a passion for music and performance and who would like to get involved to get in contact. The academy will be planning for the next few years for travel and performing and invite anyone who that may appeal to to enquire with them to see how to get involved.

The academy are on a short break at present following their last parade of the Band year at Harvest Fayre in Glenties. The champions are currently planning their Annual Champions Ball which will take place this November but soon practise will commence as the band prepare for their 2020 commitments.

At the end of every year, the band like to see that the future is bright, and for this impressive band the future appears extremely bright for years to come.