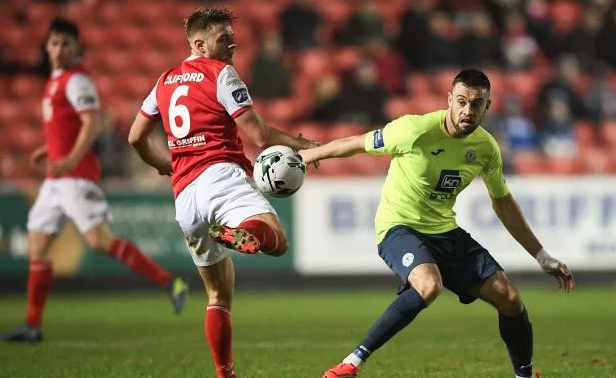 FINN HARPS will be without two key players next Friday when they host relegation rivals UCD at Finn Park.

Harps will plan without striker Nathan Boyle and defender Daniel O’Reilly, who will both be suspended.

Boyle and O’Reilly have reached five yellow cards and have been hit with a one-game suspension.

With four games to go, Harps have a six-point buffer on bottom side UCD. Harps, possibly crucially, also have a vastly superior goal difference.

For next week’s game, Harps manager Ollie Horgan will serve a touchline suspension following his sending off during the recent game against Sligo Rovers.